HomeNewsWhy do the Italians live longer than UK?

Why do the Italians live longer than us? 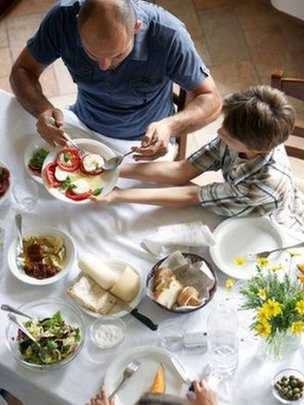 A healthy diet is a key factor towards a long life

What is it about the Italians? They smoke more than us, they earn less, their economy is in even worse shape than ours, they spend less on healthcare, and yet - they live longer. Not just a bit, but a whopping 18 months more on average.

They also have more years of good health before disease and disability set in.

The UK did poorly in a comparison of health outcomes in 19 countries over 20 years published in the Lancet.

On life expectancy we came 14th - slipping down two places since 1990. Italy, by contrast, rose from 5th to 2nd - ahead of France, Germany, and Sweden.

This is all the more astonishing given that, until the 1970s, Britons lived longer than Italians.

So how did La Dolce Vita overtake the British Good Life?

Part of it is down to dramatic improvements in living standards in Italy from the 1960s - the shift from crushing poverty to growing affluence.

There have been improvements in living standards here of course. But Alan Maryon-Davis, honorary Professor of Public Health at King's College London suggests that Italy is a more cohesive and less divided society than ours. He said "There is a flatter social gradient - less difference between the haves and have-nots in Italy, and that is likely to play a role in health outcomes."

He also speculated whether the British psyche was fatalistic when it came to illness: "I wonder if many people feel that they can ignore their health for decades in the expectation that the NHS will be there to bail them out when they get into trouble."

In the 1970s a universal National Health Service was established in Italy which was modelled in part on the NHS. Successive Italian governments poured money into health - for decades Italy spent significantly more on its health service than Britain. Only recently has UK spending caught up and overtaken that of Italy.

It's true that Italians are more likely to smoke than Britons - 23% of adults there compared to 20% here. But until around 2006 Italy had fewer smokers; our levels have simply fallen faster than theirs, meaning adults here are still paying the price of decades of greater cigarette consumption. 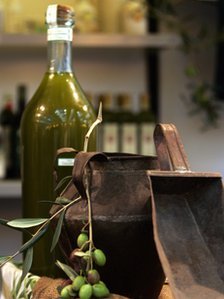 Consumption of olive oil is high in Italy

The Mediterranean diet is also likely to be a factor in Italian longevity. Stefania Salmaso, Director, National Centre for Epidemiology and Health Promotion in Rome, told me: "Since the 1960s there has been a big improvement in the Italian diet, with much more fresh fish and a wider variety of foods. Fresh vegetables and fruit are commonly available and we use a lot of olive oil in cooking, and less animal fats than is found in British dishes."

Traditionally, Italians have drunk wine with meals and avoided the sort of binge drinking that is commonplace in Britain, but Dr Salmaso warns that habits are changing for the worse among the young.

Several studies have linked the Mediterranean diet with a reduced risk of heart disease. Only last month a trial in the New England Journal of Medicine involving more than 7,000 people in Spain found that those given either a litre of extra virgin olive oil, or 200g of walnuts, hazelnuts and almonds every week for five years had a significantly reduced risk of stroke and heart disease compared to a third control group who were simply advised to have a low-fat diet.

How do the Italians view their health? Do they celebrate their position as among the longest living nations in the world? Apparently not. "Not a single Italian journalist contacted me about the Lancet study" said Stefania Salmaso in Rome. "People here don't realise how lucky they are. All the focus is on the political crisis. I think that good news gets ignored."

Can we be certain why average life expectancy in Italy is 81.5 years compared to 79.9 in the UK? Is it diet, healthcare, social structure, even climate - and which is the most important? Dr Edmund Jessop, vice-president, UK Faculty of Public Health, told me: "To be honest, nobody knows. Life expectancy looks like a simple number but it's incredibly complicated - with a huge number of factors all playing a part. We can speculate about the causes, but it's impossible to give a single definitive answer."