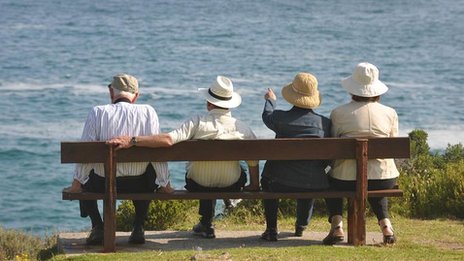 "A sacred cow is going to get slaughtered, it's just a question of which one," says one senior Whitehall source about the coming welfare cuts.

As the government struggles to make the sums works for the 2015-16 spending review, the welfare budget is moving back to centre stage.

The defence secretary, Philip Hammond, has publicly demanded that welfare be cut, not his budget. Around the Cabinet table, Home Secretary Theresa May has made the same argument. While those close to Chancellor George Osborne lament that the Liberal Democrats would only accept £3.6bn of welfare cuts when he wanted £10bn of them.

Iain Duncan Smith, the welfare secretary, is not unsympathetic to these demands. His allies point out that he has offered up £10bn of cuts already and that it is not his fault that the Quad, the coalition's decision making body of top ministers could only accept £3.6bn of them.

But there are various options being discussed in Whitehall.

Tories like to point out that if you were to freeze, not uprate by 1%, all benefits for two years, including disability living allowance and pensions - which would mean taking the huge political hit of unlocking the triple lock for pensioners, which ensures state pensions rise by whichever is higher out of RPI, average earnings or 2.5% - then you could raise some £9bn.

The £9bn figure would go a long way to making the numbers work. But they know the political costs would be huge - there would be the double whammy of breaking a promise and hitting the grey vote where it hurts.

Another idea that has been worked on is taxing benefits. Official Treasury numbers seen by Newsnight show that taxing child benefit would raise £1.5bn, taxing DLA £800m and if you taxed the Winter Fuel Payment (which Vince Cable advocated on Thursday), you would raise £200m.

But the trouble with this is that the Treasury hate it. They point out that it would pull huge numbers of people into self-assessment, making it very messy administratively and politically. The Inland Revenue would probably have to hire 5,000 extra staff to deal with the extra work. But it is £2.5bn and every penny counts.

The other problem is that the Autumn Statement was the last moment in the parliamentary calendar when it was feasible to introduce changes to welfare, and be able to legislate for them. Back then it was briefed that it was the last possible moment to make serious change. Now, you cannot - even if the Lib Dems allowed it - introduce a regional benefit cap, or end housing benefit for under-25s and so on - because there is not the time left.

So there they have it - options are either too technical (taxing benefits), too legislatively time consuming (regional benefit cap, no child benefit for +2 kids) or too sensitive (elderly benefits/working age benefits).

You can see why many increasingly think they have to do a structural rethink. They want the ring fences protecting departments and various bits of government spending torn down.

"The question we keep asking ourselves is, does this government believe we are in an economic emergency or not?" one source said to me. "And if they do believe it, we have to go for some of that stuff that wasn't on the table". This approach would see the Department for International Development, education and pensioner benefits all cut. But it would also see "ring fences" within welfare dismantled. So that's pensions, if not pensioner benefits.

For Mr Osborne, the spending review threatens to be a bigger challenge than the Budget on 20 March. As soon as he sits down from delivering that statement, the argument about where to cut next will begin in earnest.

One final thought - just as the Lib Dems have in recent weeks begun to harden their party's position on immigration, I gather a similar shift in their position on welfare might be on the horizon.

William Beveridge - father of the modern welfare state - was a Liberal politician, after all, and there are elements in our system today historians agree he would not recognise.