How will the housing benefit changes work? 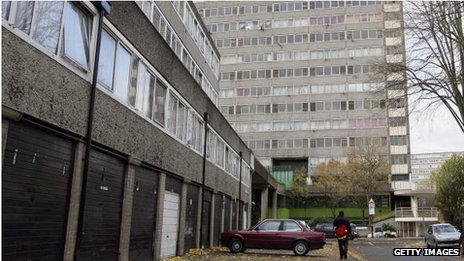 A forthcoming change in housing benefit rules has been dubbed the "bedroom tax" by Labour and, for many, the name has stuck.

Strictly speaking, though, it is not a tax at all.

The government argues the changes will help cut the £23bn annual bill for housing benefit, free up more living space for overcrowded families, and encourage people to get jobs.

But housing charities are warning that the result will be higher levels of rent arrears, and greater homelessness.

The government estimates that over half a million tenants will be affected when the new rules take effect in April this year. It says the savings to the taxpayer will amount to £505m in 2012-13, and £540m in the year after.

The new rules will affect housing benefit, which is paid to less well-off tenants to help with rent. Typically claimants receive between £50 and £100 a week.

But from April 2013 families deemed to have too much living space by their local authorities will receive a reduced payment. Under the government's so-called "size criteria", families will be assessed for the number of bedrooms they actually need.

Who will be affected?

This change affects council tenants, and those who rent from housing associations, who are housing benefit claimants. It does not affect private sector tenants who are already subject to certain rules.

The government estimates that 655,000 households will have their benefit cut, roughly a third of social sector claimants. Only those of working age will see reduced payments.

But foster carers and families of armed services personnel will be exempt from controversial changes to housing benefit, ministers have said.

And families with adult children serving in the armed forces will also be exempt from the changes, even when on overseas deployment. They will be treated as if they were continuing to live at home.

How much will people lose?

If tenants are deemed to have one spare room, the amount of rent eligible for housing benefit will be cut by 14%. If they have two or more spare rooms, the cut will be 25%.

How many bedrooms are you allowed?

Disabled tenants will be allowed a bedroom for full-time live-in or overnight carers. If a full-time carer is a husband, wife or partner, then they will be expected to share a room. However, they can apply for a discretionary housing payment from their local authority if the disability means the partner needs to sleep in another room.

Discretionary support should remain in place for "priority groups" such as disabled people whose homes have had to be significantly adapted and those with long-term medical conditions which create difficulties in sharing a bedroom.

The number of bedrooms in the property will be determined by the landlord's tenancy agreement, so you cannot claim a bedroom is actually a living room.

Can I keep a spare bedroom?

Not without losing benefit. Parents who are separated are not allowed to keep a vacant bedroom for a child who visits.

Bereaved families will be given a year's exemption to rearrange their housing affairs.

From April, claimants with a paying lodger will be allowed to keep the first £20 of weekly rent. But housing benefit will be then be cut, pound for pound, on the rest of the rent they receive.

However, after universal credit is established, housing benefit will be cut, but tenants will be allowed to keep all the rental income (although only the first £4,250 of annual rent is free of income tax).

From April 2013, if either half of a couple are of pensionable age, they will not see reductions to housing benefit.