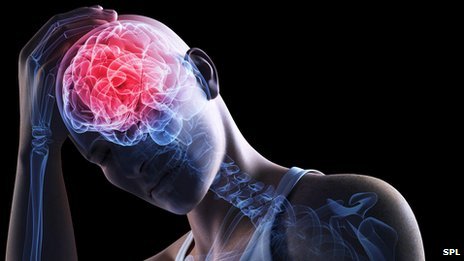 People with brain injuries are stuck in a 'revolving door' of benefits assessments, it has been claimed.

Many have their benefits reinstated on appeal.

The Department for Work and Pensions (DWS) believes the assessments will help people avoid a "life on benefits".

Some people have had their benefits removed and reinstated three times in the last two years. 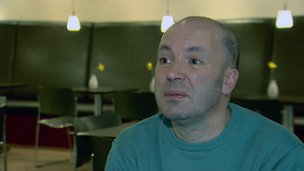 People like Steven Walker claim the system has treated them unfairly

Anyone who is claiming benefits for a disability or illness now has to have regular "work capability assessments" under changes to the benefits system brought in by the Westminster government in 2008.

Assessments are carried out by Atos Healthcare for the Department of Work and Pensions.

He said: "Thinking problems - problems with memory or planning or concentration - are all hidden but they really affect your life.

"If you don't remember how to get somewhere, where you are, or who people are, that really affects your life.

"The assessment process doesn't really pick up these cognitive problems."

"It can be an absolute nightmare for clients," said Kathleen McMonagle, a client support manager with Digby Brown.

"Time and time again they're going for these assessments and being asked a very closed set of questions.

"A decision is made that they're fit for work. They go to appeal. They win. They go back to the Department for Work and Pensions and they're automatically referred for another health assessment.

"They fail again, and we're back to square one."

Steven Walker has had his benefits removed and reinstated three times in the last two years. He suffered a severe brain injury when he had an epileptic seizure.

He explained: "They don't realise the effect of the brain injury, and they don't ask you true questions.

"They just ask you standard questions which require a 'yes' or a 'no'. It's all very worrying because then you have to go to appeal. It's not very fair."

Digby Brown has seen a big increase in the number of clients who are constantly having to go to appeal to have their benefits reinstated.

We know that conditions affect different people in different ways and can change over time, so it's right that people should be reassessed rather than written off to life on benefits”

It provides a welfare rights service to its existing clients and also to people referred by charities such as Headway.

Official figures suggest around 30% of decisions are being overturned but Digby Brown says 90% of clients with brain injuries are having decisions reversed.

Atos Healthcare told the BBC that the policy and criteria for assessments is designed and defined by the government.

It added that all those who carry out work capability assessments are fully trained doctors, nurses and physiotherapists with at least three years clinical experience.

The Department for Work and Pensions said that assessments had already been improved since 2010.

It believes people win an appeal when they provide new evidence.

A spokesperson said: "We know that conditions affect different people in different ways and can change over time, so it's right that people should be reassessed rather than written off to life on benefits."