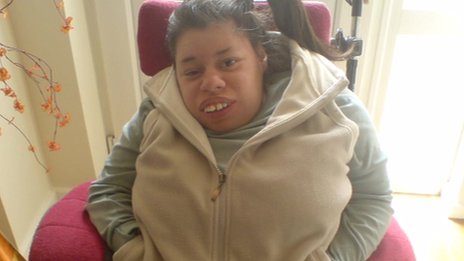 Tina Papalabropoulos died at Basildon Hospital in January 2009
tal being investigated over high death rates "missed opportunities" to save the life of a disabled woman, according to the health Ombudsman.

Tina Papalabropoulos, 23, died in Basildon Hospital in Essex in 2009.

When Miss Papalabropoulos went to the hospital after it was thought food had got into her lungs the doctors did not treat her condition, the report said.

The trust which runs the hospital said it had made significant improvement to the care and treatment it provided.

The trust was criticised for allowing her to eat and drink, failing immediately to administer antibiotics and for not considering moving her to the "high dependency" unit.

"We found that (Tina's) doctors had missed any opportunity there might have been - however small - to save her life by providing earlier and more intensive treatment for her," the Ombudsman said.

The report also criticised an out-of-hours GP for refusing to visit Miss Papalabropoulos, whose medical conditions included learning disabilities and epilepsy, in the run-up to her hospital stay, despite a plea from her mother.

Christine Papalabropoulos not only criticised those who were supposed to be caring for her daughter but said she believed too many doctors viewed people with learning disabilities as merely leading an "existence" and not having a life.

"Vulnerable people like my daughter have been suffering this kind of care for decades," she said.

"They see it as 'this is not a life, this is just an existence', so they do not use all of their expertise. 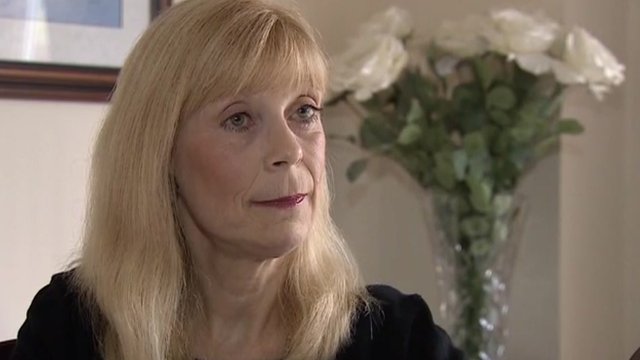 Christine Papalabropoulos said her daughter's care had been inhumane

"That's wrong. This child is loved by all the people, family and friends they come in contact with.

"This child is a human being. They just happen to be born with a disability."

Beverley Dawkins, policy manager at learning disability charity Mencap, said the death of Miss Papalabropoulos had been an avoidable tragedy.

"Her family and Mencap believe that the failings that led to her losing her life at 23 were because doctors held the view that Tina's life was not worth saving, due to her disability."

"Since then the hospital has made significant improvement to the care and treatment we provide our patients with learning disabilities and we continue to listen to our patients, their families and carers to find out what further enhancements can be made."

A review of Basildon is being conducted by NHS medical director Professor Sir Bruce Keogh and follows the inquiry into hundreds of deaths at Mid Staffordshire NHS Trust.