Gene mutation means paracyclist has no fat under skin 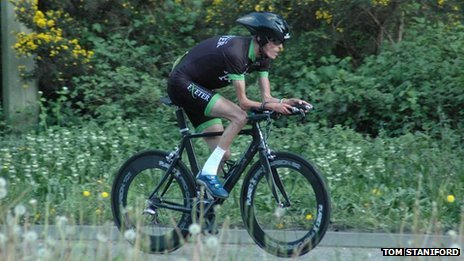 He has an extremely rare condition that means he is unable to store fat under his skin.

Although he was born a normal weight, he lost all the fat around his face and limbs during his childhood, and yet his body still thinks he is obese, meaning he has type 2 diabetes. His hearing also deteriorated when he was 10 and he has worn hearing aids since.

Staniford's condition had never been identified - until recently, when a research team set about mapping and analysing his DNA to pinpoint the precise gene mutation responsible.

Finally, Staniford has discovered he is one of just eight people in the world with MDP syndrome.

I have just 40% of the muscles of an average male. I struggle to metabolise sugar and carbohydrates”

But he says the diagnosis will have little impact on his daily life because he has worked out a routine that allows him to control his diabetes, study for a degree in law and French, and race his bike while staying healthy.

"But it is reassuring to know that there are other people with the condition and that we can lead relatively normal lives," he says.

However, Staniford's cycling abilities are anything but normal. He was the British national paracycling circuit race champion in 2011 and his ambition is to become Paralympic champion at Rio 2016.

Training at high intensity to fulfil that ambition while coping with his condition has not been easy, he says.

"I have just 40% of the muscles of an average male. I struggle to metabolise sugar and carbohydrates efficiently due to the diabetes - and I struggle to recover due to lack of immediate fuel sources, low testosterone etc.

"My muscles have a very narrow margin of efficiency and they're also tight, stiff and inflexible because I don't have fat to perform that role.

"This is why I have to constantly experiment and attempt to find, through trial and error, what works." 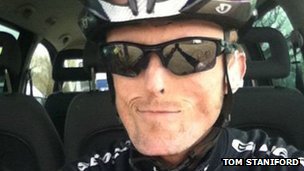 When scientists at the University of Exeter got involved, they used the most recent genome sequencing technology to find out what genetic change had occurred in Staniford.

This was only possible after a second person with the same condition was found.

Prof Andrew Hattersley, senior investigator on the study - published in Nature Genetics - at the medical school at Exeter, says this meant they could compare the genomes of the two patients and their families, who were not affected by the disorder.

He says: "We had to look at thirty million base pairs in Tom's DNA, and similar numbers in his family members and the other patient's, to identify the single mutation.

All Tom's features can be explained by this one specific change”

"Identifying the gene responsible has implications both for predicting the long-term impact of the condition on Tom's health and - equally importantly to him - on his sporting career."

The research team, which included scientists from the University of Cambridge, and from India, Italy and the US, found an abnormality in the POLD1 gene on chromosome 19. They found that a single amino acid was missing from an enzyme that is crucial to DNA replication.

"All Tom's features can be explained by this one specific change," says Prof Hattersley.

"And now we have a diagnostic test for it."

He thinks the genetic mutation would have occurred in the sperm of the athlete's father or very early in Staniford's life.

Armed with this knowledge, he hopes to identify therapies that could help people with this syndrome and find out more about how the body works when it lacks fat in crucial places. 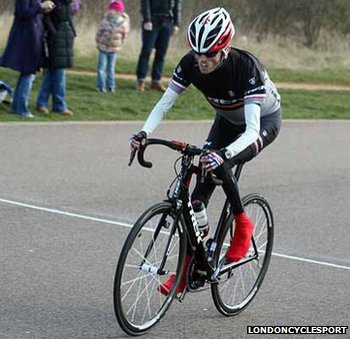 Staniford, however, remains very realistic about how gene therapy could help him.

He finds he can manage his diabetes very effectively using a combination of training, diet and experience.

"Spending so much time on the bike, I essentially use my cycling to self-medicate for diabetes. I find that by eating certain foods and doing certain cycling sessions it gives me much more stable insulin control."

One immediate advantage of the diagnosis is that Staniford will be more accurately classified in paracycling competitions.

"In the past, due to so little being known of my own condition and its effects on my functional cycling ability, I have always been placed in a 'harder' class than perhaps my disability should warrant." he explains.

Staniford is not about to dwell on the rarity of his condition or use it as a reason for reassessing his future cycling ambitions, even though there are very few diabetic athletes around.

"Don't we all possess certain characteristics or groupings of 'symptoms' which only a few others share?

"The only real difference is that my symptoms may be slightly off the beaten track, or unusual in their severity.

"I'm unique - just like everybody else on the planet."