More disability Games than ever before 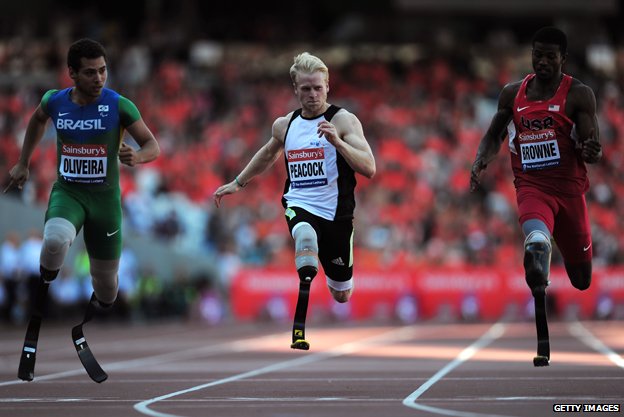 One year since the London 2012 event started, and we've just enjoyed a weekend's worth of Olympic and Paralympic action to commemorate the games we're all pleased we contributed our tax pounds to.

Jonnie Peacock, the amputee sprinter who lit up the beloved stadium with a charismatic gold win on what they called Thrilling Thursday last summer, came third in the 100m sprint on Sunday - even though he beat the time he achieved to win the gold last year.

The (alternative) sporting summer isn't over, though. Perhaps hoping to bask in the afterglow of London 2012 there are three other significant disability events awaiting us and they're not linked to the Paralympics.

Underway right now is the Deaflympic Games in the Bulgarian capital, Sofia. They're proud to say the event has a longer history than the now much bigger and richer Paralympics.

The opening ceremony on Friday featured a traditional flame-lighting ceremony, a parade of athletes from the competing nations, along with Bulgarian music and dance.

On hearing deaf people have their own Games, a common response is silence, followed by, "But aren't they as physically able as the Olympians? What's the point of a separate event?" Deaf people will tell you that it's all about differences in communication.

Success isn't just born of one athlete, it's also due to the hard work of the team surrounding the superstar. It is networking and communication that builds teams, something in which deaf athletes are less able to partake if surrounded by people who can't communicate in sign language, for instance. Sporting success is likely to be lower until communication and language difficulties are solved.

If you were a spectator you'd notice that starting guns are replaced by a traffic light system and referees use flags to communicate.

More on the Deaflympics 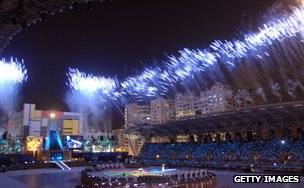 Underway from 3 August is the World Dwarf Games, held this year at Michigan State University, US. As the name suggests, the competitors are all people of restricted growth, but to reflect the name of the games, I'm going to stick with using the "D" word for the purposes of this article, language fans.

There are fewer athletes registered for this event - just 400, in fact. Unlike deaf athletes, dwarfs do compete in the Paralympics. 2012 made stars of Team GB's Ellie Simmonds, and power lifter Zoe Newson. In the Paras, they inhabit a category called Les Autres (The others, in French) where less easily definable people go.

There are 14 events at the Dwarf Games which include old disability mainstays like archery, table tennis and boccia, plus swimming, soccer and more. Athletes from across the world take part.

I was temporarily thrown when I read that one of the events is called the flippy flyer tennis ball throw. For a moment, It felt like the respectability boundary may have been transgressed and my pantomime sensors started to kick in - until I saw it was for children.

Lastly, and back to the UK for this one, in late August it's the Special Olympics National Summer Games. 1,700 athletes from England, Scotland and Wales will compete in Bath. All athletes have a learning impairment, meaning they're below 75 on the IQ scale.

The Games are described on the website as "a grassroots sports programme only for athletes with intellectual disabilities, of all abilities and ages." Two percent of the population have a learning disability, one in three of those are considered obese. The Special Olympics training and competitions promote self esteem, and good physical and mental health.

Competitors with the greatest ability may progress on to the Paralympics which has a class for athletes with intellectual disabilities. At London 2012 the events they featured in were swimming, athletics and table tennis.

The opening ceremony of the National Summer Games is on 28 August at the famous Royal Crescent and most events will take place at the University of Bath.

The next Special Olympics World Summer Games are in Los Angeles in 2015.