HomeNewsWarrington teenagers with autism were 'failed'

Warrington teenagers with autism were 'failed' 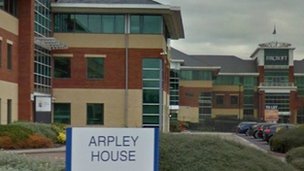 The service was withdrawn due to financial constraints in 2009

The Local Government Ombudsman (LGO) and Parliamentary and Health Services Ombudsman (PHSO) investigated treatment offered by Warrington Borough Council and the then NHS Warrington from 2009.

It followed a complaint from a parent whose son's therapy was withdrawn.

The council admitted it failed the teenagers and vowed to make amends.

The parent contacted the ombudsmen in 2011 when he discovered his son had not been receiving specialist therapy since 2009.

NHS Warrington had stopped the service due to financial constraints without informing the families or the council.

A joint probe by the LGO and PHSO found the therapy was part of his statement of special educational needs and the council had a legal duty to make sure it was provided.

The LGO and PHSO discovered 14 other teenagers with autistic spectrum disorders (ASD) were also affected.

The council was not aware the specialist therapy was withdrawn until September 2010 when a parent informed it.

LGO Dr Jane Martin said: "The service was removed primarily due to financial constraints, but they still had a duty to provide this service and the families were not told in good time.

"I fully understand that health services and councils are under pressure as a result of the austerity measures, but that doesn't mean children should not get services they are rightfully entitled to."

"It is quite clear both the council and the then primary care trust NHS partner failed those families.

"We got it wrong and we will be implementing the recommendations of the report."

Mr Edwards said the specialist therapy had been restored for all the affected teenagers.

He said the council would pay the family which referred the matter £5,000 for failing to provide the therapy, plus £750 for the teenager for the disruption to his education and £250 to the family for distress.

It would also refund the cost of an independent therapist's report.

Warrington Clinical Commissioning Group, which has taken over from NHS Warrington, also accepted the report findings.

It agreed to apologise to the family and pay £500 for their distress.

The National Autistic Society describes autism as a lifelong developmental disability affecting how a person communicates with, and relates to, other people and how they make sense of the world around them.