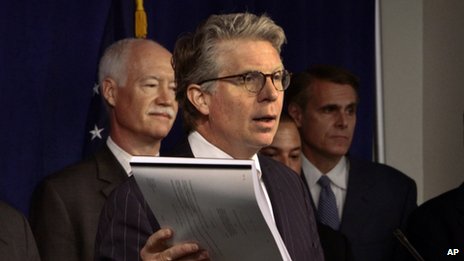 The fraud is believed to have cost hundreds of millions of dollars.

"Many participants cynically manufactured claims of mental illness as a result of September 11, dishonouring the first responders who did serve their city at the expense of their own health and safety," he added.

Four men, including a retired police officer and a disability consultant with a New York detective's union, appeared in court on Tuesday on grand larceny charges.

The defendants, allegedly the ringleaders of the fraud operation, were released on bail of up to $1m (£609,690).

Those men stand accused of coaching the former emergency workers on how to feign mental health problems and fail memory tests in an effort to draw disability benefits, collecting tens of thousands of dollars in kickbacks.

One retired police officer told doctors he suffered panic attacks and was unable to leave his house - only to post photographs of himself on social media riding a jet ski.

Yet another, who claimed he was incapable of social interaction, was found to be running a cannoli stand at a street festival.