Georgia's disabled 'locked in a box' 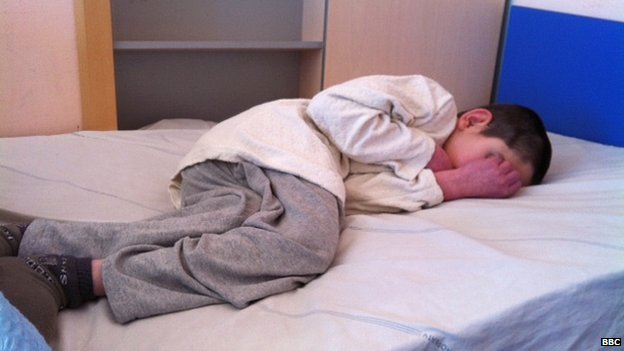 Vano has the body of a 10-year old

Georgia has become one of the first ex-Soviet republics to abolish state orphanages in favour of foster care. But disabled children continue to be marginalised and face the prospect of life-long isolation from society.

Vano (not his real name) is 18. He lies curled in the foetal position in his bed. He is thin and has the body of a 10-year old.

The only sign to show that he is alive is the grating sound he makes with his teeth.

"This is his life. This is all he does," says Eric Mathews, a researcher from the Washington-based group, Disability Rights International (DRI), sitting by Vano's side.

"The staff here told us that he has not left his bed except to get washed for five years. This bed is his home."

Vano has cerebral palsy. He is one of 22 children living in Kojori Institution for Children with Disabilities on the outskirts of the Georgian capital, Tbilisi.

With assistance from the UN children's fund Unicef, Georgia has implemented a major programme of childcare reform with the stated aim of closing down all state orphanages for children, and finding them new homes.

A campaign has seen thousands of children reunited with their biological parents, placed in foster care or small group homes.

Andro Dadiani from the charity EveryChild Georgia says the government has been determined to get rid of the legacy of "Soviet warehouse-like institutions".

According to official statistics, out of 49 orphanages operating in 2005 only three remain, including Kojori, where Vano lives. 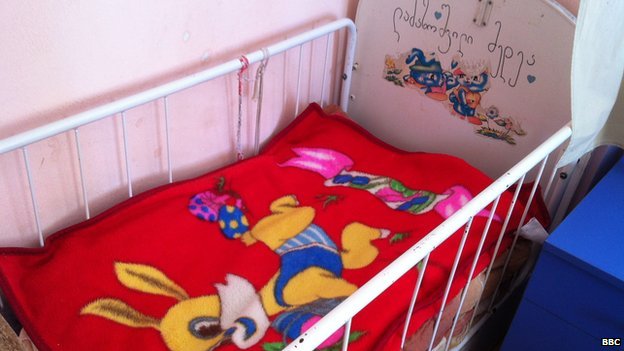 Disabled children can be institutionalised for life

But in its recent report "Left Behind", DRI accuses the Georgian government of excluding disabled children from its childcare reform, and turning a blind eye to a parallel system of orphanages run by the Georgian Orthodox Church.

The report claims that an unknown number of children are housed within the Church system and are vulnerable to abuse.

The Georgian government disagrees that disabled children are being ignored.

"When we began our reform, because we had so many children, we could not do it in every direction.

Children with disabilities are locked in a box. When they turn 18 they will go to another box, a box for adults”

"So we started working with healthy children first," says Mamuka Machivariani, the deputy head of the Social Services Agency at the Georgian ministry of labour, health and social affairs.

"Finding new homes for children with disabilities is the second stage."

According to the Social Services Agency, 104 children with disabilities remain in state institutions; 127 have already been placed in foster care.

But Eric Matthews from the DRI says the government's use of figures is a con, like a "shell game".

Mr Machivariani says he does not know how many Church institutions there are.

"They are not under our control. They have their own policy of childcare. We are working on getting access to those institutions." 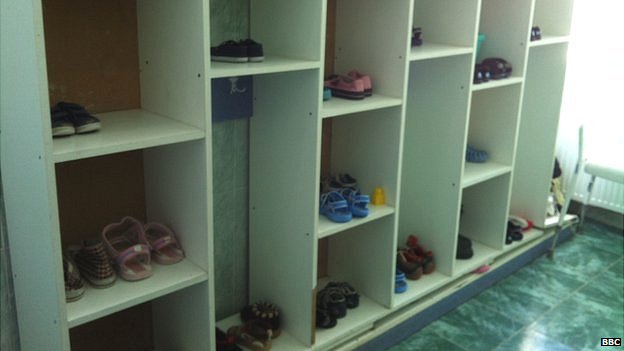 Andro Dadiani says that although the government has collaborated with the Church and financed the establishment of two small group homes as alternative service to orphanages, it is still reluctant to hold the Georgian Orthodox Church to account.

"The Church is the most trusted institution in this country, and politically, if you go against the church you lose a lot of votes.

"Even though the state knows that these institutions exist, and they are in violation of the law - the government is doing nothing.

"I've been to some of the Church-run institutions. They are well renovated, the kids are well dressed there, they get good education. It's not necessarily that they are doing something wrong in those institutions, the primary concern is that it's this warehouse form, with up to 200 children in it, which we are trying to get rid of in this country."

Vano, who recently turned 18, will soon be transferred to an institution for adults with disabilities, in Martkopi.

Situated 40km from Tbilisi, the adult institution is home to 69 people.

Sima, 21, was eager to introduce me to her cuddly toy Maya, which she calls her "daughter". The wall by Sima's bed is covered with religious icons and photographs of her family.

"These are my siblings, but my mother rejected me when I was little because of my disability, my limbs were in bad condition," she says.

Sima told us that she had not received a proper education and never attended a school. She has a laptop, but struggles to read or write, so sends mostly smileys to friends. 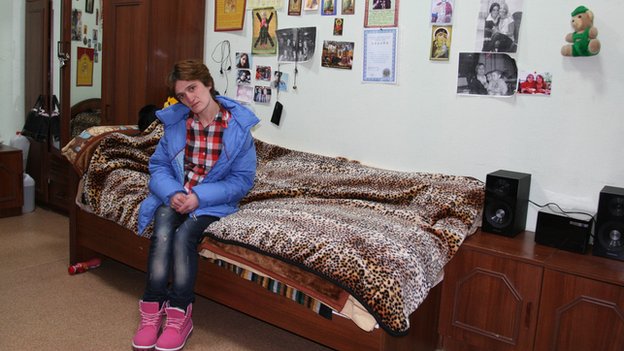 Sima has a laptop but struggles to read and write

Apart from singing, knitting and other handicraft lessons, there is little to do. The DRI says there is no rehabilitation to assist people in acquiring skills needed for independent living.

Sopiko, 31, who grew up in an institution and is diagnosed with mild mental disability, shows me a photograph of her two-year-old child on her mobile phone. Sopiko was forcibly separated from her child because under Georgian law she is not permitted to raise a child in an institution.

Her eyes fill with tears when she describes how hard it was to be separated from her child as someone who grew up in an orphanage without her mother's love.

"Children with disabilities are locked in a box where they live until they are 18. When they turn 18 they will go to another box, a box for adults," says Eric Mathews.