Woman who faked cancer and miscarriage jailed for insurance fraud 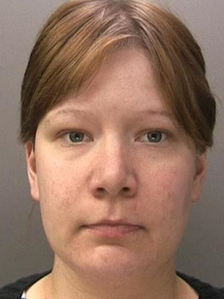 An "out of control" woman who lied about having terminal cancer, losing a baby and suffering domestic violence to make insurance claims has been jailed.

In one case, Fisher was moved into a specially adapted home to help her cope with a fake disability.

She was given 22 months after admitting fraud at Wolverhampton Crown Court.

City of London Police said Fisher impersonated professionals in positions of authority, such as doctors and police officers, and forged documentation in support of her claims.

'Feather her own nest'

A spokesman said that on one occasion, she had supplied a fake veterinary record to bolster a pet insurance claim for a dead Chihuahua dog.

She pleaded guilty to 22 counts of fraud by false representation. The court was asked to take into consideration 43 additional counts of fraud relating to insurance matters when sentencing.

Det Con Alex Cooley, who led the investigation, said she "was a criminal out of control".

He said Fisher had, "over a number of years, devoted herself to the pursuit of making fraudulent claims in a ongoing quest to feather her own nest at the expense of others".

Sean Kyne, from the Crown Prosecution Service, said they would take steps to recover the cash stolen.

"Motivated by greed, Emma Fisher used highly unscrupulous methods to defraud institutions out of thousands of pounds in order to fund her lifestyle," he said.

"She invented extreme and emotional circumstances in order to manipulate individuals to earn their sympathy."