HomeNewsWhy is the disabled pound purple?

Why is the disabled pound purple?

Ouchlets A series on small but significant insights into disability 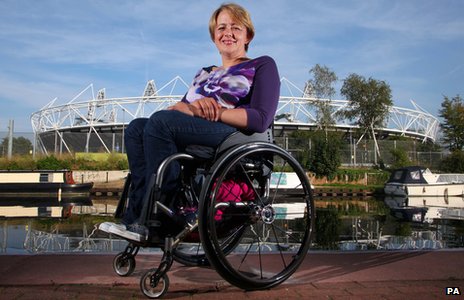 The grey pound refers to the disposable income of older people, the purchasing habits of the gay/LGBT community are known as the pink pound. Now the potential spending power of disabled people is being referred to as the purple pound. Why?

Lots of movements adopt a colour and often that colour has significance to the particular cause. Grey (or sometimes silver) describes the hair colour of older people, pink has been ironically adopted by the LGBT community, green evokes the environment. Labour's red is a historical reference to the blood of workers.

Purple is now being used by campaigners, charities and the government to refer to the spending power of disabled people - but the colour doesn't seem to have any symbolic significance. Why was it chosen?

How did purple start to become popular?

It's been difficult to track down an answer to this even though it is such a recent thing. Most people believe it is rooted in the protest movement against benefit cuts. In 2010 the disabled-run Broken of Britain blog - one of many protest blogs started at the time - launched, settling on purple for its colours. In early 2012, the top- trending grassroots publication Responsible Reform, nicknamed The Spartacus Report, was printed using a purple design.

Kaliya Franklin, one of the Broken of Britain's founders, says purple is one of her favourite colours, and of the website designer Lisa who did some more research around it. "She found purple has always been associated with power and kings and queens," says Franklin. "Purple seemed to be the only colour left so it was a good job we all liked it."

It is also a favourite colour of Baroness Tanni Grey-Thompson who, Franklin remembers, wore a purple jacket during the House of Lords welfare reform debates, which campaigners took to be a symbol of solidarity.

Some say there might be a link to the US veterans spending power, a reference to the Purple Heart medals they are awarded for serving their nation.

In 2011 Philip Connolly, thinker and now policy and communications manager at Disability Rights UK, adopted the colour and started to refer to the spending power of disabled people as the purple pound in workshops. "It's about identity," says Connolly. "And building a way in which people can express that economic power. Colour is a very important way of doing this."

The DWP used the phrase purple pound to promote its 2012 campaign to get small and medium-sized businesses to attract disabled customers. The current minister of state for disabled people, Mike Penning, uses the phrase.

Do disabled people have much spending power?

The UK's 11.9 million disabled people are said to have disposable income collectively worth £80bn. Campaign groups regularly cite this figure and find it useful to remind businesses and politicians that disabled people are a sizeable economic force and should not be forgotten.

Speaking on this month's talk show from Ouch, disability consultant Mary-Anne Rankin says that businesses should think inclusiveley from the very beginning of any product or service they're starting. She says: "You've got to think about the widest possible usage of your services and explore innovative ways of enabling everybody to benefit from them. Because after all if your customers can benefit you're going to make more money."

As with the colour purple, many people scratch their heads as to how the figure was derived. All seem to agree it came from the DWP in 2004, but even they say the maths has been lost in the 10 years since it was first suggested. DWP says it was created using raw data from the updated Disability Discrimination Act in that year, alongside data from the Family Resources Survey of 2002-2003.

The £80bn figure is now 10 years old and the DWP say they have no plans to update it.

How does this compare to other groups?

Black and ethnic minority spending power, £300bn - 12% of the population of the UK, according to the Institute of Practitioners in Advertising, IPA, 2012.

Overall UK disposable income of its 25 million households plus non-profit sector, 1.078 trillion pounds, according to the Office for National Statistics, ONS, 2012.