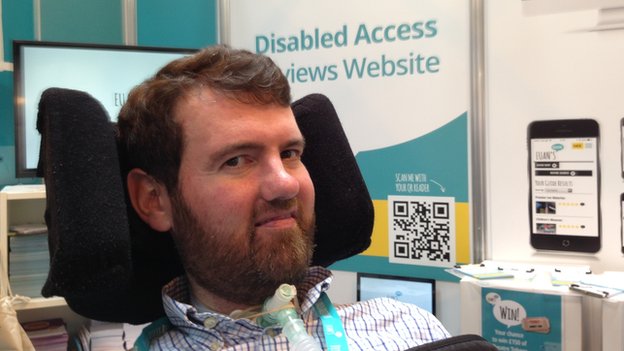 Why is Euan's Guide, a disabled access review website and app, capturing attention and support where others have failed?

When Euan MacDonald became disabled due to Motor Neurone Disease diagnosed 10 years ago, he got frustrated that the only way to discover if a venue was fully accessible was by visiting it himself.

Married with two young children, MacDonald has a ventilator, speaks with a speech synthesizer and uses a powered wheelchair to get around

To help him, the family of the 39-year-old started to note down the accessible venues in his home city of Edinburgh. Soon they had the beginnings of Euan's guide, a disability review website and smart phone app. 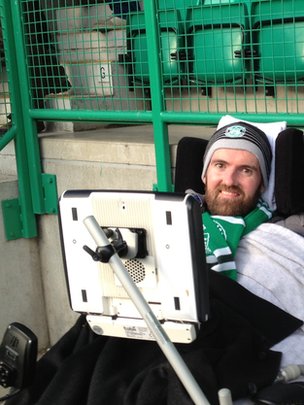 600 places have been reviewed by disabled people in 250 towns across the UK with 400 more reviews by the venues themselves. Six people now work for Euan's Guide, including MacDonald's sister Kiki MacDonald, who recently gave up her job in investment management to focus on the project because she's "passionate" about it.

It's a free service and there's no advertising because Euan's Guide is funded entirely by the MacDonald family.

It has been endorsed by JK Rowling whose mum had MS and Professor Stephen Hawking, who, like Euan, has MND.

Euan MacDonald hopes the guide will cut out hours of phone calls and research for users and that it'll remove the "fear of the unknown" when visiting somewhere for the first time.

He wrote answers to Ouch's questions using a computer system which he controls by eye movement:

What makes Euan's Guide different to all the access guides before it?

It allows users to visit new places with confidence, after learning from the experiences of someone with a similar disability. For example, I can find out what venues in Edinburgh another powerchair user has reviewed and learn what they thought of them. Another key difference is that we don't just feature accommodation, restaurants and tourist attractions - the site allows users to review places that they go to every day, such as stations, supermarkets and post offices - you can even review outdoor spaces such as parks or well-known locations such as London's Piccadilly Circus. Venues can give more detailed information on their accessibility features, like whether they have an induction loop, Changing Places toilet or offer relaxed performances. 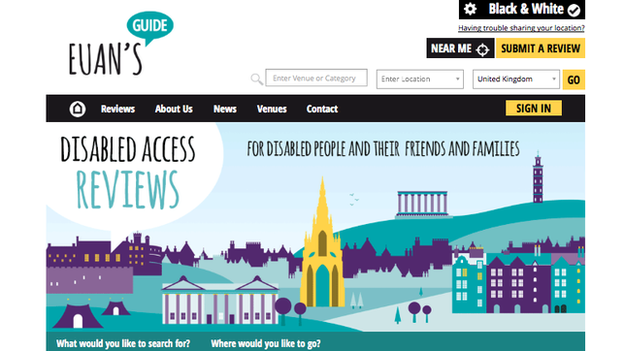 What is the future of Euan's guide?

The future of the site is being driven by the users. We're on the third version and with each new iteration, we are improving functionality and accessibility. the site is designed to work on different devices and different platforms and our app has been well received. We know that there is always room for improvement, but we do spend a lot of time testing the site to ensure compatibility with software such as JAWS and for different technologies including eye gaze, which I use. We also hope that the site could be a stepping stone towards digital inclusion. Perhaps some disabled people who don't currently use the internet might start if they know that a resource like Euan's Guide exists. 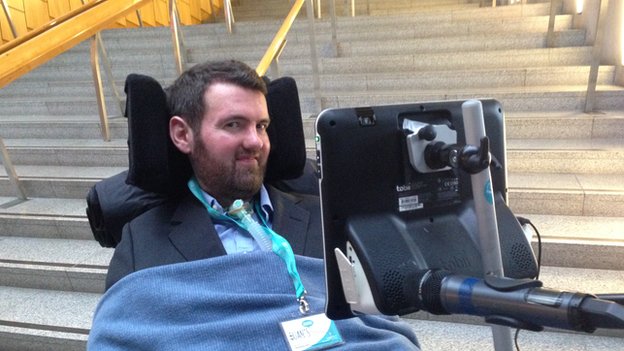 And beyond the site?

In terms of the guide, we would like to develop an offline community. We held our first Euan's Guide event a couple of months ago where we encouraged disabled people, their families and friends, to meet each other, make new friends and share their experiences of good & bad disabled access. We've also had days where a few of us have got together and reviewed venues, which was great fun. Finally, I'd like to invent a brain controlled wheelchair! This may sound futuristic and science fiction but it is currently being worked on by several universities.