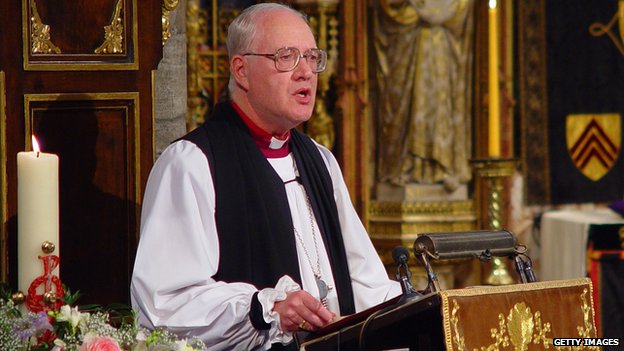 Lord Carey was Archbishop of Canterbury from 1991 until 2002

The Church of England (CofE) has called for an inquiry into assisted dying.

It follows a U-turn by former Archbishop of Canterbury Lord Carey, who said he would back legislation to allow the terminally ill in England and Wales get help to end their lives.

The current Archbishop of Canterbury Justin Welby says the Assisted Dying Bill is "mistaken and dangerous".

But the Church said an inquiry would include expert opinion and carefully assess the arguments.

Speaking on behalf of the CofE, the Bishop of Carlisle, the Rt Rev James Newcome, said a Royal Commission would allow the "important issue" to be discussed at length.

He said the bill should be withdrawn to allow the inquiry to take place - a call which was immediately rejected by Lord Falconer, the Labour peer who tabled it.

Some 110 peers are already listed to speak when the House of Lords debates the private members bill on Friday. 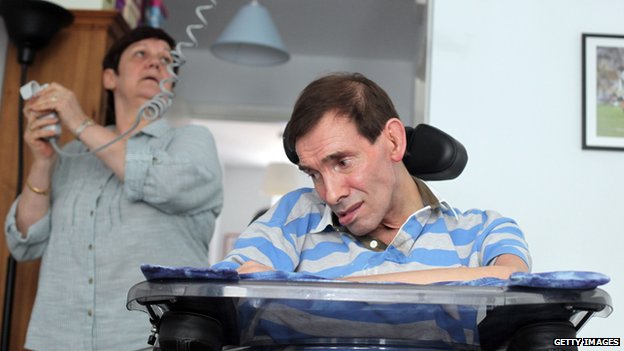 Bishop Newcome also said the Church was "surprised" by Lord Carey's change in position, which had brought the issue to the public's attention.

Lord Carey wrote in the Daily Mail that he had dropped his opposition to the Assisted Dying Bill "in the face of the reality of needless suffering".

"The fact is that I have changed my mind. The old philosophical certainties have collapsed in the face of the reality of needless suffering."

He said it was the case of Tony Nicklinson, who had locked-in syndrome and died after being refused the legal right to die , who had had the "deepest influence" on his decision.

Lord Falconer's legislation would make it legal for adults in England and Wales to be given assistance ending their own life. It would apply to those with less than six months to live.

Two doctors would have to independently confirm the patient was terminally ill and had reached their own, informed decision to die.

Bishop Newcome said: "We were surprised by both the content and the timing of [Lord Carey's] article, but recognise that actually, quite a lot of good things have come out of it, including that it has brought some of the issues to the forefront of public discussion and highlighted just what an important issue this is.

There's been something of a shocked reaction to what Lord Carey said. Let's remember he's a former archbishop. He still has some influence in the Church, especially among the more traditionalist minded Anglicans.

So what he said really will have some consequences. He'll also have some influence presumably in the House of Lords, having argued in the past strongly against similar legislation.

One of the most telling things about what Lord Carey has said is that he now thinks it's not "un-Christian" to allow people to take their own lives when they're suffering at the end of their lives.

It speaks to a body of people, including in the Anglican church, who now feel they can to some extent re-interpret what it is to be Christian, to be Anglican and how to put that into practice in their everyday lives.

To hear that coming from a stalwart defender of biblical truth like Lord Carey is pretty significant.

"Certainly our hope as the Church of England is that the Falconer Bill will be withdrawn and that because this is such an important issue it could be discussed at length by a Royal Commission."

He said a Supreme Court ruling last month over a case brought by the widow of locked-in syndrome sufferer Tony Nicklinson had "heightened the stakes" over the issue.

However, he added that the Church was in favour of leaving the law on assisted suicide unchanged, because it provided a "good balance" between compassion and protection of the vulnerable.

Meanwhile, Lord Falconer said he did not believe a Royal Commission would be "sensible or appropriate" because it would take "a very long time" and that the issue needed to be discussed urgently.

Lord Carey, who was head of the Church of England between 1991 and 2002, said changing the law on assisted suicide would not be "anti-Christian".

He warned that by opposing Lord Falconer's bill and reform, the Church risked "promoting anguish and pain".

When Lord Carey was still the Archbishop of Canterbury he was among the opponents of Lord Joffe's Assisting Dying for the Terminally Ill Bill, which was successfully blocked in the House of Lords in 2006. 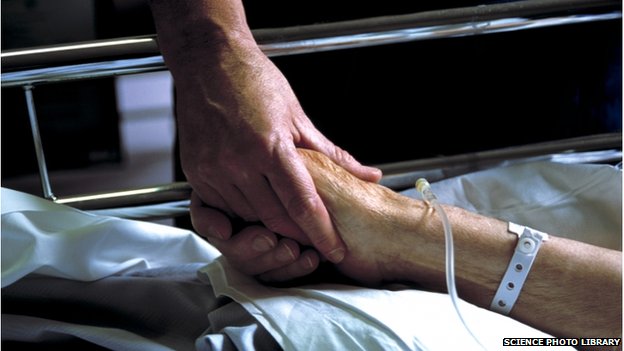 What is the current law on assisted dying around the UK?

The 1961 Suicide Act makes it an offence to encourage or assist a suicide or a suicide attempt in England and Wales. Anyone doing so could face up to 14 years in prison.

The law is almost identical in Northern Ireland. There is no specific law on assisted suicide in Scotland, creating some uncertainty, although in theory someone could be prosecuted under homicide legislation.

Have there been any previous attempts to change the law?

There have already been several attempts to legalise assisted dying, but these have been rejected.

The Commission on Assisted Dying, established and funded by campaigners who have been calling for a change in the law, concluded in 2012 that there was a "strong case" for allowing assisted suicide for people who are terminally ill in England and Wales.

But the medical profession and disability rights groups, among others, argue that the law should not be changed because it is there to protect the vulnerable in society.

What is the situation abroad?

In other countries, such as Belgium, Luxembourg and the Netherlands, legislation has been introduced to allow assisted dying. France is considering a possible introduction of similar legislation, although there is opposition from its medical ethics council.

The current Archbishop of Canterbury Justin Welby warned that Lord Falconer's bill would mean elderly and disabled people coming under pressure to end their lives.

"What sort of society would we be creating if we were to allow this sword of Damocles to hang over the head of every vulnerable, terminally-ill person in the country?" he wrote in the Times.

Reverend Rose Hudson-Wilkin, who is the Speaker's chaplain in the House of Commons, said having an assisted suicide law would sanitise death.

"I just happen to believe that matters of life and death in that way is not for us to play with. There are lots and lots of vulnerable people out there... you cannot make a law that is going to have a serious impact on a majority of people."

The Society for the Protection of Unborn Children said Lord Carey's comments were a "blow for those sharing the burden of suffering".

"It means in effect that it is legitimate to be both Christian and hold these views," she said.

"I think it is a game changer."