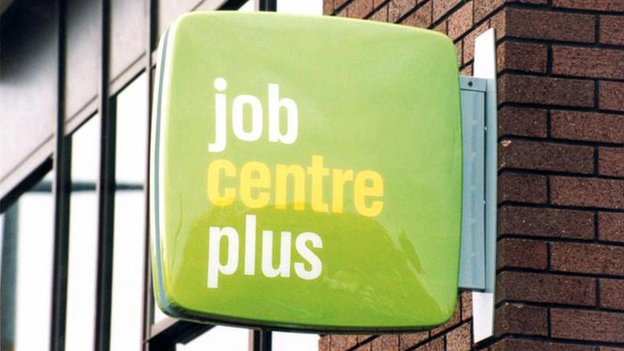 New figures show the number of women, disabled people and lone parents in Scotland having benefits sanctioned has almost doubled in the past four years.

Lone parents say it means children are punished and that having their benefits suddenly stopped for weeks or months is traumatic.

They say it means not knowing how to buy food or pay the bills.

The Department for Work and Pensions (DWP) said sanctions are only used as a last resort and can be challenged.

Under recent changes to the system, claimants can have their benefits taken away for months and jobseeker's ­allowance removed for up to three years for reasons such as missing, or being late, for job centre appointments or failing to show they are looking for work.

"Jeanette" looks after her granddaughter on her own. She's a kinship carer and, when she split from her husband, she started claiming benefits.

She says that, when social work offered her and her granddaughter a holiday in a caravan park because of stress, she lost several weeks of her benefits.

"I went to the Job Centre to say I would be away for a week and wouldn't be able to come in to sign on and they said, if I was on holiday, that meant I couldn't be looking for work, so they immediately sanctioned me and stopped my benefits," she said.

"It was traumatic. I couldn't pay to put the heating on. It was winter. There was snow on the ground. I didn't know how I was going to feed my granddaughter.

"And, while all that was going on, my two sons were serving in Afghanistan.

"If I hadn't got help from One Parent Families Scotland, I don't know what I would have done."

Marion Davis, of One Parent Families Scotland, said the system needs to be "less punitive" because of the impact on children and their parents.

The statistics obtained by the SNP show the numbers of women, disabled people and lone parents having their benefits docked since 2009 has increased from 16,000 to more than 30,000.

"It's seriously worrying that lone parents are the hardest hit group, with a 563% increase since 2009."

He added: "This sets alarm bells ringing about the impact that this policy will be having on children across Scotland.

"Women already bear the brunt of welfare cuts, with 69% of planned cuts falling on them.

"These figures show that, despite David Cameron's attempts to appear to be taking action on equality, the number of women being sanctioned is up by three quarters."

Such benefits are reserved to Westminster.

A spokesman for the DWP said: "The fact is that, every day, Job Centre Plus advisers are successfully helping people off benefits and into work so they can secure their future and we have seen that in the last year alone. Employment in Scotland is up 76,000.

"Sanctions are only used as a last resort, but it's only right that people claiming benefits should do everything they can to find work, if they are able.

"We make it clear to people at the start of their claim what the rules are and that they risk losing their benefits if they don't play by them.

"People who are in genuine need can apply for hardship payments. If someone disagrees with a decision made on their claim, they can appeal."