HomeNewsHow much has the ice bucket challenge achieved?

How much has the ice bucket challenge achieved? 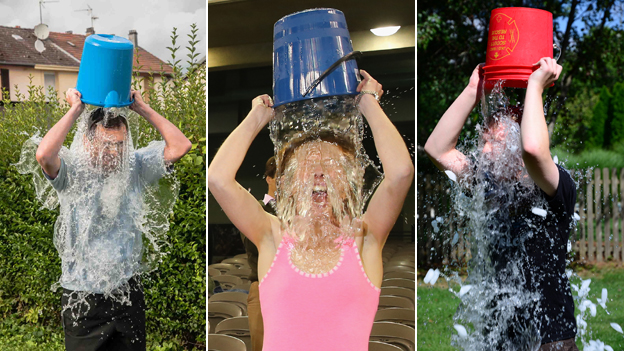 The media is reaching saturation point in its coverage of the ice bucket challenge. But what has actually been achieved?

The format is simple - somebody has water, often full of ice cubes, dumped over their head. They then nominate people they know to undertake the same challenge.

On image sharing website Instagram there have been 3.7 million videos uploaded with the hashtags #ALSicebucketchallenge and #icebucketchallenge. Justin Bieber's has been the most popular - with about one million "likes".

The stunt is typically intended to raise money and awareness for the Amyotrophic Lateral Sclerosis (ALS) Association. Its British equivalent, the Motor Neurone Disease Association, has also benefited. 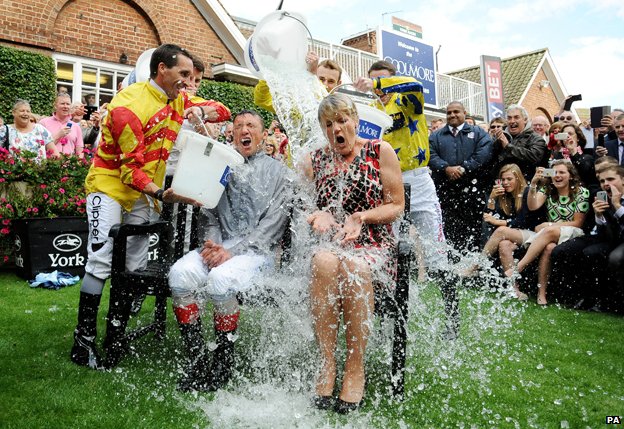 In the UK, other charities have benefited with Macmillan Cancer Support raising £3m from challenges. Water Aid has seen a spike in donations, including £47,000 in one day - 50% higher than it ever received in a single day before. The money came in part from people bemoaning the water wasted in the challenges.

But the other purpose of the campaign has been in raising awareness.

"Do you think Anna Wintour, Kate Moss and Victoria Beckham were talking about ALS a few months ago? No, I very much doubt it," says Shannon Murray, an actor, writer and disability rights campaigner.

"It's been very celebrity-orientated and it plays into our culture of putting everything about ourselves out there on social media. Some people have chosen to do it in a bikini, some have chosen white T-shirts, some people have obviously done it to raise their profile and that's up to them. Personally it makes me a bit uncomfortable, but actually the bottom line is that people weren't talking about MND two months ago, and now they are."

A crude measurement can be found in Google searches. Searches for both ALS and Lou Gehrig's Disease, an alternative name in the US, rose sharply from 13 August to a peak on 21 August. Since then they have been declining. The term MND rose sharply from 20 August, reaching a peak on 26 August.

From 1 August to 27 August this year, the ALS Wikipedia page had 2,717,754 views. This compared with the 1,662,842 people who had visited the page during the whole of the preceding 12 months, according to data company Dataviz. 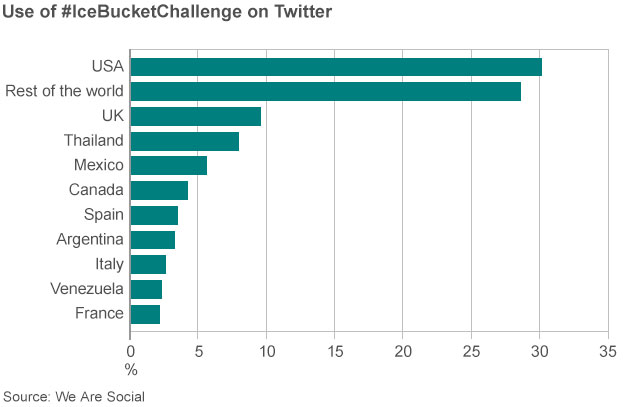 Average daily visits to the ALS association website were about 17,500 before the ice bucket challenge, compared with the peak of 4.5 million visits on 20 August (of which 83% were new to the site). During the past month there have been about 30 million visitors in total.

So it's probably safe to say that awareness has been increased. 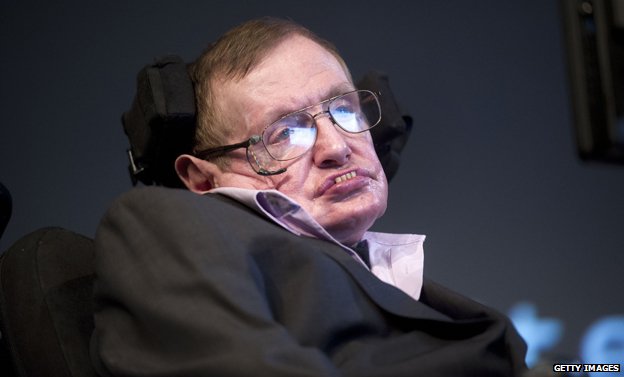 But there has been cynicism, particularly about the fundraising element. It's been pointed out that just one cause is benefiting for the most part. And some argue that donations from ordinary people may result in them reducing their giving to other causes.

In other words, our mental budget for charity is finite.

And not everyone donates. In several versions of the challenge, if someone goes under the ice bucket they do not have to donate. Or they make a lesser donation if the challenge is accepted, and the full $100 only if they refuse the challenge, as Barack Obama and some others have.

And what about the millionaires and even billionaires who have been at the forefront of the craze? Should Mark Zuckerberg, Jeff Bezos and Bill Gates - who all have wealth measured in the billions - still be giving just $100. They have in most cases not made public their donations. Charlie Sheen is a notable example of a celebrity who has - he donated $10,000.

There has been criticism. Daily Telegraph journalist Willard Foxton described the challenge as "a middle-class wet T-shirt contest for armchair clicktivists". Bloomberg writer Leonid Bershidsky called it a "narcissist's bonanza".

But while the nature of the celebrity involvement can sometimes lead to raised eyebrows, most have not questioned the wider merits of the cause.

"I have had MND for 10 years now and for anyone affected by this disease the ice bucket challenge has been the most wonderful phenomenon," says Euan MacDonald, the founder of Euan's Guide, a website that features information and reviews about disabled access around the UK. 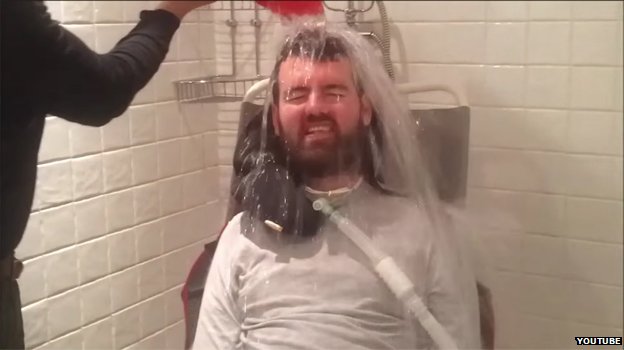 Euan MacDonald, who has MND, has done the challenge

"It is rare for MND to get this much support and I can only be grateful to those who have taken part. Selfies and social media being used for charitable causes are no bad thing. It is worth looking at the ends not the means and for people facing this brutal disease it has given a bit more hope and a spring in our step."

It has comfortably been the quickest spreading charity phenomenon on social media. That spread has been so quick that finding the genesis of the challenge is not easy.

Some believe it grew out of a similar "Cold Water Challenge" in North America from last year. And it has been widely reported that a golfer in Florida was the first to undertake the challenge and link it to ALS, on 15 July this year. On 12 August Justin Timberlake's challenge appears to have been a major driver. 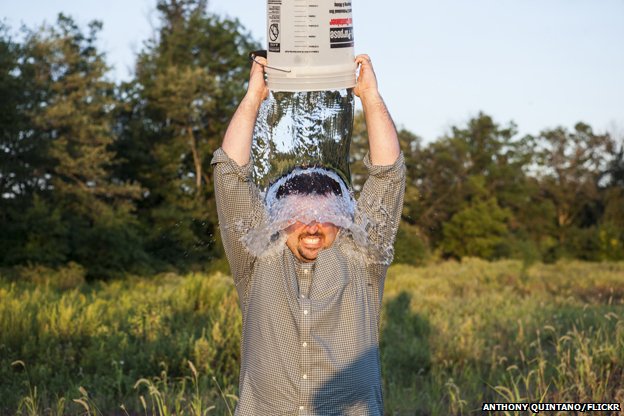 "No one at ALS or MND sat down and planned this, it wasn't their idea, it's something that has happened to them because of social media and the internet", says Joe Saxton, director of not for profit communications company Nfpsynergy and the former chair of the Institute of Fundraising.

"Social media is extraordinarily powerful for charities but it's not something they can particularly control - campaigns like this are always a bonus."

It's not without precedent in the organic nature of its growth.

In March, #nomakeupselfie saw women posting barefaced pictures of themselves online while also donating to charity. Cancer Research UK, which did not start the campaign, raised £8m in six days and had 221,488 mentions on Twitter.

"Social media is about friends talking to friends," adds Saxton. "It's become a really important part of running a charity and fundraising.

"Not everyone is going to donate - that's a shame. Not everyone who did donate will donate again, that's to be expected. But the huge amount of extra money and publicity means it's the charities that are benefiting."

The ice bucket challenge may soon have run its course, but the lesson it provides about the nature of 21st Century charity will live on.