HomeNewsDisabled candidate in The Apprentice?

Why has there never been a disabled candidate in The Apprentice? 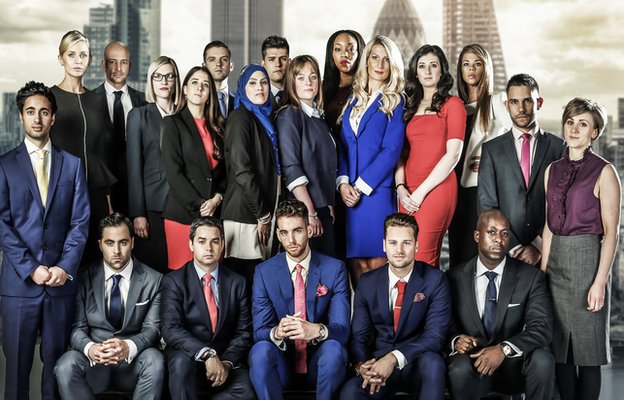 The Apprentice is back on television screens for its 10th series but there has never been a visibly disabled person in the programme. Why?

Over the years The Apprentice has ensured an incredibly diverse group of candidates. There's always been a 50/50 gender split between men and women and a broad range of religions, sexualities, races and social backgrounds.

But disabilities do not get the same level of representation in the programme, there has never been a wheelchair user, deaf person or any visibly disabled person in the ten series.

With news that Conservative minister Lord Freud was recorded saying some disabled people were "not worth" the minimum wage, and at a time when many disabled people are being encouraged into work, it is arguably more important than ever that disabled people are given an opportunity to show they can be good workers who can compete in the jobs market.

"The truth is that there are loads of successful disabled businesspeople out there, and The Apprentice should be reflecting that," says Kath Sutherland, who runs START Ability Services, a business that gives advice to disabled entrepreneurs.

The Apprentice's aim is to pick out the best entrepreneurs from around the UK but employment figures show that disabled people are more likely to be self-employed than non-disabled people - 17% compared with 14% respectively, so the numbers are there.

Susan Scott-Parker, chief executive of the Disability Business Forum, says this should be reflected in a programme such as The Apprentice.

"Having a visibly disabled person represented on The Apprentice could only have a positive impact on wider perceptions of disabled people in the workplace," she says. "With disabled people constituting more than 19% of Britain's working-age population, it would send a message that disability should never be a barrier to a successful career." 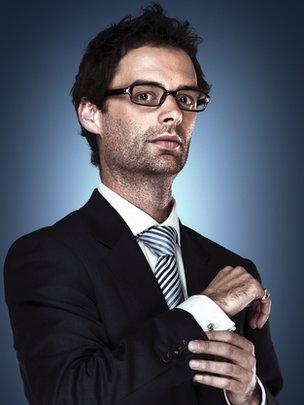 Freemantle Media, the production company behind the show, says that initial web-based applications are open to anyone and that they don't ask for any detailed medical information at the application stage. So, they say, disability would play no part in who they invite for interview - they are merely looking for business credentials. They add that they don't keep personal information so it is impossible to find out how many disabled applicants there have been.

When Tom Pellereau won the seventh series of The Apprentice, he said his dyslexia had helped him become a good businessperson.

"I discovered I could do things better than other people. If I had an idea, I could visualise it in my brain and spin it around," he said at the time.

Echoing Pellereau's thoughts, Amar Latif, blind businessman and winner of the first Stelios Award for Disabled Entrepreneurs, thinks that The Apprentice lacks the kind of creative thinking that he believes disabled people excel at.

"As a disabled entrepreneur you are used to planning and overcoming physical barriers on a daily basis, and this makes for very logical, organised businesspeople," he says.

So with half a million self-employed disabled people, why has there never been a candidate with a visible physical disability?

Latif believes it's possible that disabled people may not be applying to go on The Apprentice because of a fear of how they would be portrayed.

"I can't see many disabled people wanting to be paraded around on the show as it has turned into a melting pot of a certain kind of big personality," he says, adding: "There is a huge issue of confidence here. When you bear in mind that around 50% of disabled people are unemployed is it really surprising that people feel that they wouldn't do very well in the show?"

But Dom Smith, co-founder of Disabled Entrepreneurs, says that a lot of the disabled entrepreneurs he works with have "more personality and drive in their little fingers than a number of the contestants on the show", and that it is down to the producers to look outside of their comfort area.

And Latif thinks that the show would benefit from showing how people can work differently.

"If I was on it I would need to ask people to help me with elements of the tasks and this would really change the teamwork element of the show. It would be very interesting. At the moment they quickly start badmouthing each other but actually the business world isn't like that, it's about maintaining contacts and working well with others." 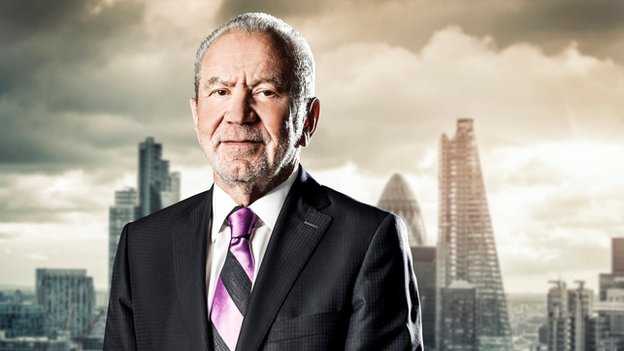 He points out that the tasks that are the most inaccessible - those where candidates frantically dash through crowded city streets selling their wares - are not representative of the business world. He says his world involves more boardrooms and conference calls than taxi rides and sales pitches in busy shops.

But Sutherland says that it's partly due to physical challenges like the ones seen on The Apprentice that so many disabled people may choose to be self-employed.

"No-one can tell if I am working from my bed and it doesn't matter if I am ill that day as long as I can operate my email and computer," she says. "It means I don't have the physical exertion of travelling and can manage my environment to better suit me."

Blind and with Ehlers-Danlos syndrome, meaning she uses both feeding and breathing tubes, she believes the pressure of the tasks on The Apprentice would make it impossible, and navigating the often inaccessible streets at speed would be extremely hard work.

So, given the format, how could the programme's tasks work for people with disabilities?

Dom Smith says a number of provisions would need to be put in place. These could include filming tasks in more accessible locations, making sure that disabled workers could have support workers with them, and ensuring there are hoists in the bedroom at the house.

But for Mike Ward, TV critic for the Daily Star, it's a fast-moving reality show first and foremost, and adding in extra details about working differences could alter the pace.

"There is no doubt that people like the format at present and it has proved a very popular model for many years, so why would they change it?" he says. But he says the show could actually benefit. "Reality TV shows like The Apprentice and the X Factor are decades old now and the formats are becoming tired. It would be wise if the production team had the task of making a more honest and reflective show that included more disabled people."