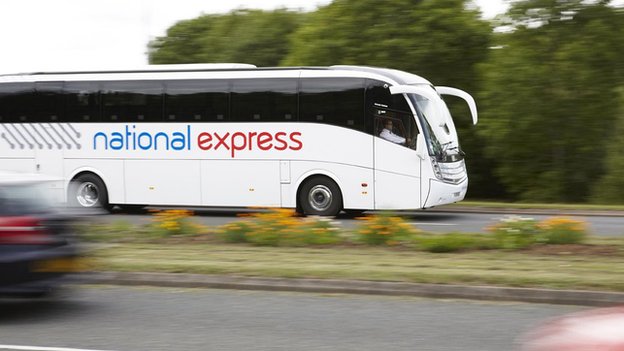 More than one third of bus stops used by the UK's main coach operator cannot accommodate wheelchair users, despite its fleet being able to carry them.

National Express stops at almost 1,200 bus stops across the country, but 436 have so many restrictions they prevent drivers from using their lifts to carry wheelchair users aboard.

This means that some disabled people are left unable to travel by coach.

He is now leading calls for councils to make bus stations and stops more accessible.

"It is simply unacceptable that in the 21st Century more is not being done to make coach stations and stops more accessible to disabled travellers," he said.

"There is little point in making sure buses themselves are accessible if those who operate the places where people are collected from are not doing what they can to help. 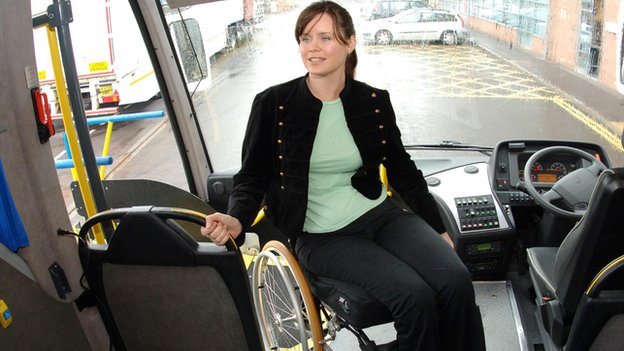 "This isn't just about doing what's right - it's also about recognising the business case - as disabled people and their household have an annual spending power of £200 billion."

The entire National Express fleet of 550 vehicles is wheelchair accessible - meaning wheelchair users can be carried at the front of their coaches.

Wheelchairs are brought on to the coach using a lift which requires a clear space for a three metre extension from the side of the vehicle.

But at a third of bus stops, objects - such as lamp-posts, bollards, railings, public seating or signs - prevent the lift from operating.

Wheelchair user David Redgewell, 47, from Alvestone, in Gloucestershire, said the lack of accessibility at some bus stops had forced him to change buses and added many hours to his trips.

"A business trip from Bristol to Perth took 14 hours instead of 12 because I had to change in Glasgow as the coach parking bays in Perth were too shallow for the lift to be used," said the disability issues campaigner.

"When I went from Bristol to Ilfracombe in June, I had to take a detour via Barnstaple because Ilfracombe doesn't allow a disabled ramp to be lowered. And in London I couldn't get to Earls Court directly because there isn't access for the coach lift.

"It can be very frustrating and annoying because often the coaches are accessible, but the bus stops are not."

Tom Stables, National Express managing director said: "We carry millions of passengers every year and are absolutely committed to getting people where they want to go whatever their circumstances.

"We hope that with the backing of the government that more station and bus stop owners will listen and take action in this crucial area."

Local authorities have a legal responsibility to comply with the Equality Act by making reasonable adjustments for disabled travellers.

Some 84% of buses and coaches in England meet new regulations to make them properly accessible to disabled people - ahead of a deadline by 2020.