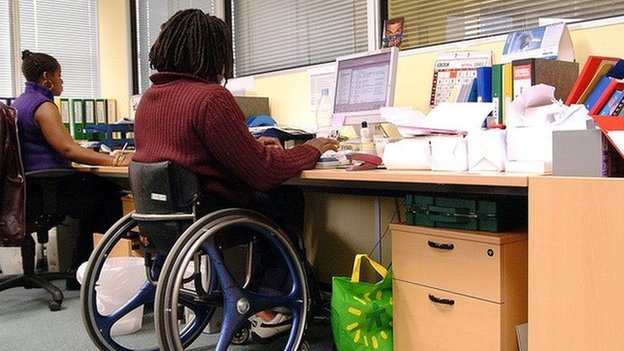 A government decision to close a fund that helps disabled people to live and work in the community has been ruled lawful by the High Court.

Delivering her ruling, Mrs Justice Andrews offered sympathy to those who would find it a "great disappointment".

The charity Scope said disabled people could be left without enough support.

The government says that changes to social care have called into question the need to have a separate funding stream through the ILF.

It argues that the vast majority of disabled people with care needs are already looked after through the adult social care system.

But chief executive of Scope, Richard Hawkes, said the care system was "on its knees" and the closure of the fund was "likely to lead to fewer disabled people being able to live independently".

He said: "Funding will be transferred to councils, but there will be no guarantee that the money will be used to support disabled people to live independently, or that former ILF users will receive the same levels of support, given the pressures on local authority finances."

Wheelchair user John Kelly, 45, from Wimbledon in south-west London, who was in court for Monday's ruling, described it as "bonkers".

He said: "I am absolutely gutted - not just for myself but for the thousands of people this decision will impact on."

The Equality and Human Rights Commission (EHRC) has previously warned that closure of the fund will "result in loss of dignity and independence for many ILF recipients".

It says that some 18,000 severely disabled people risk losing essential funding in breach of the UK's international commitments to support disabled people.

During a hearing at the High Court in October, David Wolfe QC, appearing for two severely disabled applicants in lead cases, argued that the work and pensions secretary had unlawfully failed to discharge his public sector equality duty under the 2010 Equality Act.

He said the claimants seeking judicial review were currently receiving payments in the range of £450 to £500 per week from the ILF to pay for support from personal assistants.

This support was critical to them being able to live independent lives in their own homes, rather than residential care, and to work and study, Mr Wolfe said.

The application for judicial review, dismissed by the judge on Monday, was the second legal battle over the ILF.

In November 2013, the Court of Appeal overturned a ruling from April 2013 that the decision was lawful.

However, the government later announced a fresh decision to close the fund, based on new equalities analysis by the Department for Work and Pensions, which was again challenged.