HomeNewsUnusual activities to get you moving

Unusual activities to get you moving

Scientists say a lack of exercise could be killing twice as many people as obesity and are urging people to get more active.

The BBC's Tom Espiner looks at seven unusual ways of getting at least some of the 20 minutes of brisk activity a day being recommended. 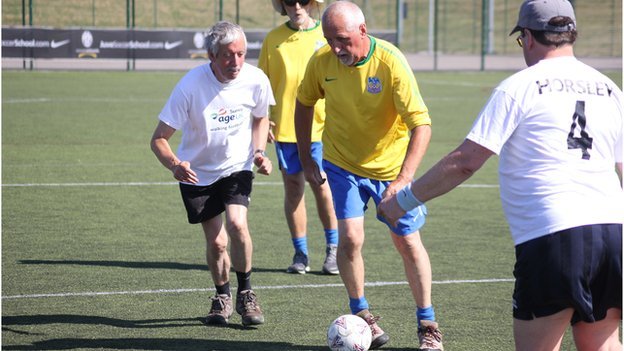 Andy Cox, 65 (on the ball), plays Walking Football every week in Croydon

Sir Stanley Matthews was still playing professional football at 50, but for people of a similar age who might like to ease back into the game, walking football could be just the ticket, according to Surrey Football Association.

Andy Cox plays Walking Football every week in Croydon. "I never envisaged at the age of 65 I'd start playing football again. I'm fitter now than I was 30 years ago," he says.

Luton Council and leisure trust Active Luton are two organisations keen to promote the beautiful game at a sedate pace - Active Luton has recently been given £40,000 from Sport England for walking football.

Active Luton chief executive Helen Barnet says: "The skills and enthusiasm on show compares to anything you would see on Match of the Day. It is simple to do and play and above all everyone that takes part is always smiling."

The Walking Football United website's interactive map shows where you can go to find out more. 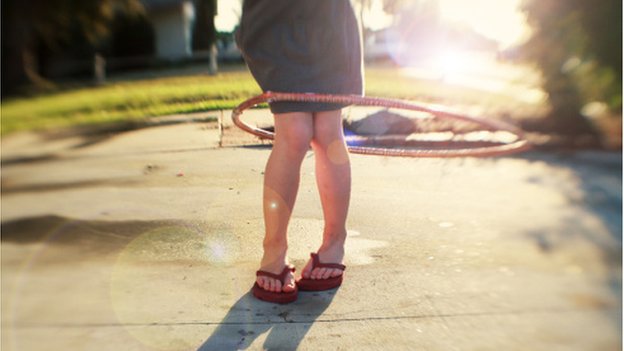 Hula hooping "can be a solo activity in your living room, or a social one if you join a hoop class," says instructor Ellouise Hempstead

People may think of hula-hooping as primarily being a US 1950s craze, but, hula-hoop based classes are available around the country, with some groups offering circus skills as well.

Ellouise Hempstead, of Etrois Dance and Fitness in Newcastle, says: "Hooping can be a solo activity in your living room, or a social one if you join a hoop class. Either way, it's great to lose body fat, gain muscle tone, boost your energy, improve balance and co-ordination, reduce stress and most importantly have fun."

Kurling is inspired by the original game of curling, and involves pushing a kurling stone on casters (called "bearings") towards a target.

The beauty of new age kurling is that you don't need an ice rink to do it, according to Ann McCallum, secretary for the Dover club which practises the sport.

"All you need is just a target, some chairs to sit on, some sticks, and then you're away," she says. 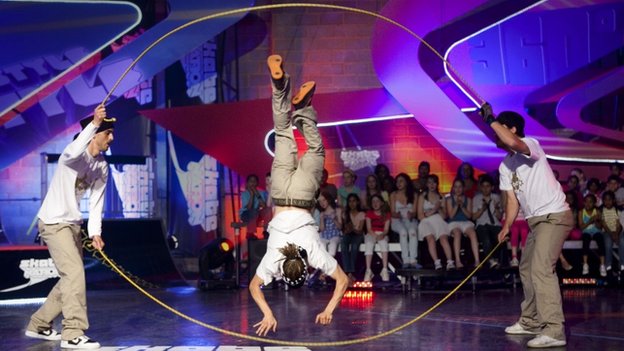 You don't have to be quite this athletic to enjoy skipping, says the British Rope Skipping Association

"Double Dutch" is the name given to jumping two ropes swung by two people, and can be fiercely competitive.

However, people can skip at their own pace singly, and even Double Dutch skipping occasionally lets people have a rest, as they hop in and out of the ropes, according to the British Rope Skipping Association. 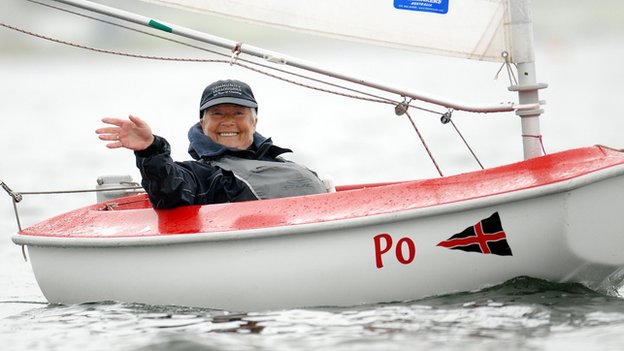 Dinghy sailing is open to all, says the Royal Yachting Association

For those people who think that sailing is "like standing under a cold shower tearing up £5 notes" - as former PM Edward Heath reportedly said of ocean racing - the Royal Yachting Association (RYA) begs to differ.

Dinghy sailing, where people sail boats designed for one, two, or more people, is open to all, RYA says.

"It is one of most accessible sports for disabled people and is also one of the only sports where people with disabilities can join in on equal terms with able bodied people," it says.

"It's also a fantastic activity that all the family, from the youngsters to the grandparents can be involved in." 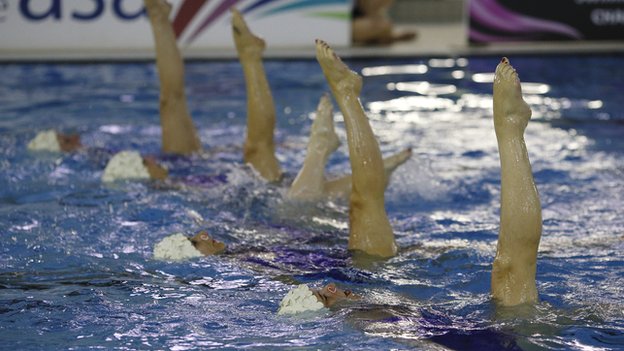 Synchronised swimming may float your boat

If dinghy sailing doesn't float your boat (sorry!) perhaps amateur synchronised swimming could get you into the water.

You don't need to be super fit to get into the sport, the Amateur Swimming Association (ASA) insists, although it admits those entering competitions need to be pretty fit - apparently competition level is like trying to do ballet, underwater.

To start with, you need to be comfortable about holding your breath, and the prospect of eventually lifting your leg out of the water. 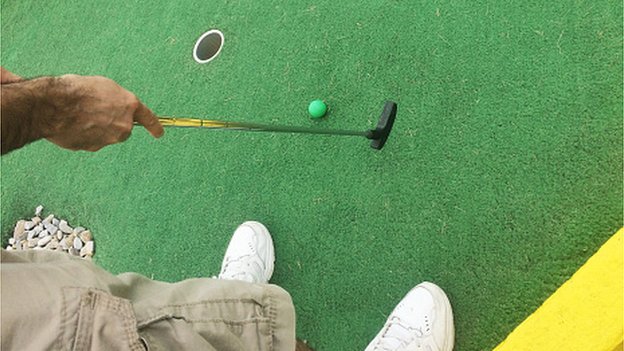 And for those who prefer dry land, the British Minigolf Association "would strongly encourage you to get out and play" the sport. Well, it would, wouldn't it?