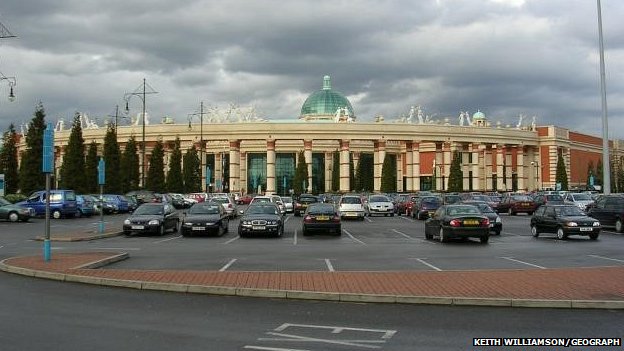 More than 5,000 people have signed a petition asking Legoland to allow entry for disabled adults and their carers.

It comes after a man with learning difficulties and his carer were refused entry to the Legoland Discovery Centre at the Trafford Centre in Manchester.

Twenty-year-old Anthony Lewis, who has Williams Syndrome, was denied access on 19 January due to the venue's "no adults without a child" policy.

Legoland said the centres were aimed at children aged between three and 10.

A spokesman for the attraction said it did not permit adults without a child under 16 "in order to constantly maintain a welcoming environment in which to play".

He added Legoland's policy applied to the Discovery Centres and not to its bigger theme parks, which include the Windsor attraction in Berkshire.

"Anthony cannot access the community without the help of a support worker.

"He came home and he was distressed, he was upset - he said the lady had been rude."

Ms Lewis said she had received no response from Legoland Discovery Centre after the incident despite contacting them via Facebook and their website.

A Legoland spokesman said: "The fact is regardless of 'mental' age - something which we would never be in a position or be prepared to make judgements about in any case - individuals over 16 are fully grown and given the small playspace in the Discovery Centre we believe that our policy is appropriate."

He added the Manchester venue held monthly events specifically for adults and it did not "wish to upset or deny access to anyone".