Are there enough professional disabled actors? 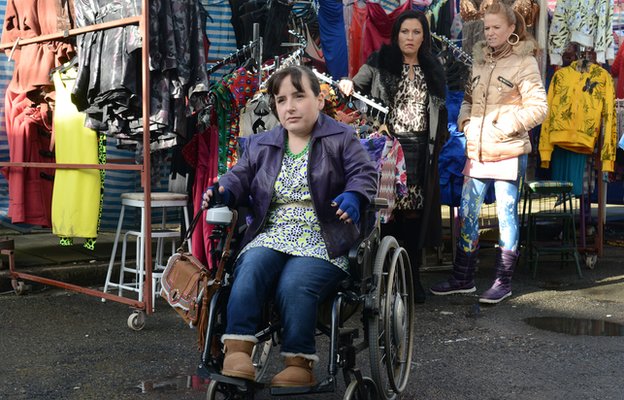 TV channels are publishing guidelines declaring the number of disabled characters they will put on screen, but are there enough disabled actors out there to play the parts?

In the UK those who want a career in acting are likely to attend drama school or another form of formal training. But many disabled people feel they can't go down this route due to lack of access, or because of prejudice.

"If you weren't disabled, we'd definitely let you in," was one response that actor and director Simon Startin received from a drama school at the start of his career 20 years ago. "These were the good old days when they could be blatant about it," he jokes. Another school told him they'd let him in if he "got cured".

He told Ouch's talk show that he did eventually go to drama school - impressively only 16 out of thousands of applicants were successful that year - but believes he got in because his disability is "visibly mild" and he did not require accessible adaptations, like ramps or lifts to be installed.

"I have a clenched body so I can get away with being 'odd' in able-bodied parlance," he says. "If you have more severe disabilities, then drama schools are in no way set up to cope with that."

Louise Dyson runs Visable People, a casting agency for disabled actors. "I get hundreds of emails from disabled people all over the world each week who want acting work," she says, but, though schools have been receptive to the idea of taking on disabled students, few on her books are drama school trained. 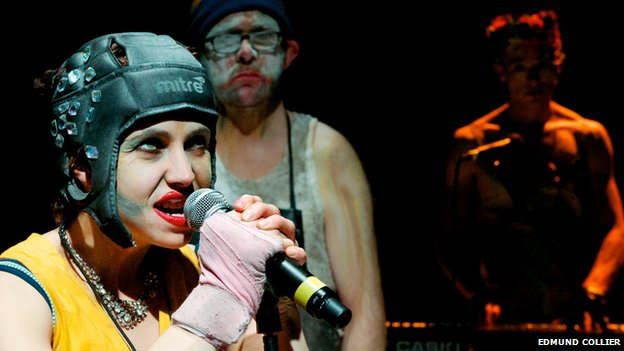 The numbers who have formal drama training haven't increased since Dyson started the agency in 1994. "I'm really sad to say that, because I think that training is really important," she says.

One college who appear to be telling a more positive story is the Royal Central School of Speech and Drama in London. In 2013-14 almost a quarter of students attending full-time courses there had a declared disability, a higher percentage than the number of disabled people living in the whole UK. "We are very proud of the work we do to support applicants and registered students who have one or more disabilities," says Dr Catherine McNamara who chairs the college's equality and diversity committee. Their disabled student numbers have been around this level for the 12 years she's worked there.

She's keen to say that these figures represent their mainstream classes and do not include the students with learning disabilities on their part-time specialist Diploma in Performance Making.

Startin doesn't think a career in acting has to come via a full-time drama school placement but thinks some kind of training is crucial. "If actors have no training, the ability to apply yourself and the tools for the job aren't there," he says. "Those without training are unlikely to get past any audition stage if they apply for a role because of the standards and prejudices of mainstream theatres." 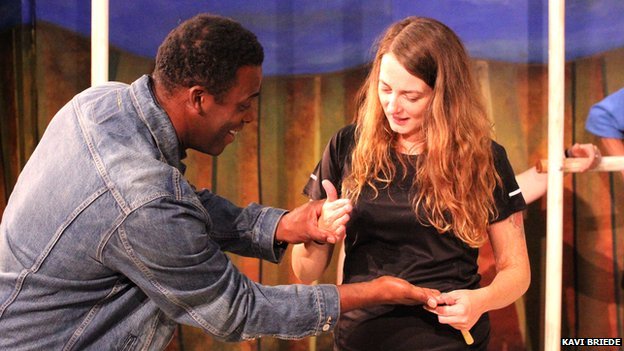 A number of schemes which trained those actors unable to access drama school have been and gone. The Missing Piece, for example, was a programme run by disability theatre company Graeae with London Metropolitan University in the 90s and early 2000s. It was an intensive four month course.

Startin says that "a whole tranche" of disabled actors came from that scheme and found jobs in TV, radio and on stage. He says that disabled actors "occasionally drip through" now but are thin on the ground. Recently he needed to find a young blind male actor for a role in A Midsummer Night's Dream but struggled and chose to recast the character as female because he was able to find a blind actress who was more suitable.

Diversity has perhaps been discussed more since actor, producer and comedian Lenny Henry started to lend his weight to the matter regarding BAME representation. Other minority groups, including disabled people, have benefited from the focus.

In July 2014, BBC Director General Tony Hall pledged to quadruple the number of disabled people on screen by 2017, and in January this year Channel 4 published a diversity charter stating that at least one main character in every drama and comedy commissioned must be from a minority group - this includes disability.

In November 2014, ITV announced a section of their commissioning process called the Social Partnership Programme. While it doesn't explicitly lay down targets for disability representation, it obliges producers to prove that their output visually reflects the diverse make up of Britain and that they have recruited production staff to help improve diversity in the industry as a whole. 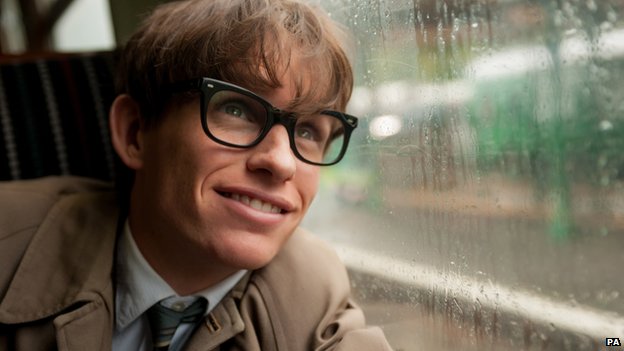 Dyson works with channels on their diversity schemes and says that Channel 4's promise to audition two disabled actors for every drama is a "big step forward".

Eddie Redmayne has been widely praised for his depiction of Stephen Hawking in The Theory of Everything, including by people who have motor neurone disease, the same impairment as the professor.

But even though non-disabled actors have often received awards for their portrayal of disability, disabled commentator Mik Scarlet told the Ouch disability talk show that it must end because they "overdo" it. "The person playing it has no knowledge of disability, has no understanding of it," he says.

Dyson adds that there is a problem when casting directors expect an exact disability and illness match from disabled actors. Often the match just isn't there and that's when they start looking at non-disabled actors again. She says disabled actors should have the first stab at those jobs because they don't tend to get the chance to audition for roles where there's no disability mentioned.

Simon Startin says he has chosen to play characters with more pronounced impairments than his own. "I've 'cripped' up in the past," he says, referring to a time he portrayed Caliban from Shakespeare's The Tempest as having cerebral palsy. "I wanted to play him as a disabled character because he's ostracised and spat at by everybody - and hated. He's described as a monster."

Startin happily admits that, for this role, his own disability "just wouldn't cut it".