HomeNewsSuccessfully appealed against an injunction that blocked funding for the Paralympic Games. 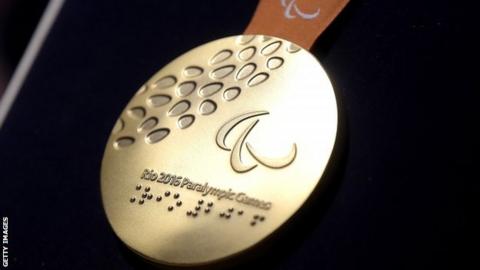 The Rio Paralympic Games run from 7 to 18 September

Rio 2016's organising committee has successfully appealed against an injunction that blocked funding for the Paralympic Games.

Transfers of any further state aid were halted until the committee opened up their accounts to public scrutiny.

However, a judge has overturned the injunction after agreeing that it would potentially jeopardise the Paralympics, which starts on 7 September.

Organisers will still have to fully disclose their financial records.

The initial injunction would have stopped 36m euros (£31m) from Rio mayor Eduardo Paes and 29m euros (£25m) of federal funding being used to fill the gaps in the Rio budget.

Organisers are already three weeks late in paying 8m euros (£7m) of travel grants, meaning up to 50 nations may not be able to afford to send athletes.

Only 12% of available tickets have been sold for next month's Games, while there has been criticism of the number of empty seats on show for the athletics events during the Olympics.

In 2012 there was a record number of Paralympic sales. It was the pinnacle of the whole Paralympic movement and you want that success to continue.

Because of overspends on issues of the Olympics, there was a delay on the travel grants. These are paid to all Paralympians all round the world and the hope is they will be paid.

I spoke to wheelchair tennis player Jordanne Whiley who said that if there are teams that can't go, it will throw the whole legitimacy of the Games into question.