HomeNewsSleep clinic for children with autism

Sleep clinic for children with autism 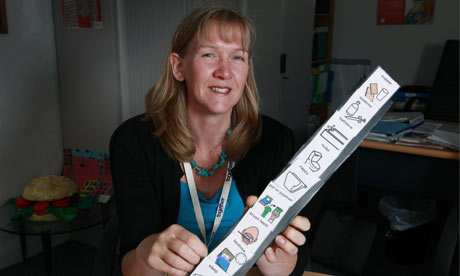 Jacob, now 16, didn't get anything approaching a decent night's sleep from the day he was born until he was 13 years old. Nor did his mother, Marianne Bailey, for whom thousands of disrupted nights unsurprisingly resulted in chronic exhaustion.

"He'd wake throughout the night, so we could be up from two or three times up to 12 times," explains Bailey. "I'm a light sleeper so I'd hear him and would be the one who got up. Jacob would be rocking, moaning and knocking his head on the bed. I tried asking the health visitor when he was two or three, and tried various things, even leaving him for two or three hours, but nothing worked. He'd only stop when I'd go in."

The reason for the sleeplessness is that Jacob is severely autistic. It has become increasingly apparent that one of the problems suffered by children with autistic spectrum disorders is a lack of ability to sleep.

Jacob needed his mother to be close by to calm him down after waking in the night, and so Bailey ended up having to share a bed with her son throughout his childhood.

By the time he was 12, though, this was starting to feel inappropriate, she explains. It was at this point that his special school, Inscape House in south Manchester, part of the Together Trust, was able to suggest a way forward.

Having heard about work done by an organisation called Sleep Scotland in teaching children sleep techniques, five years ago a group of specialist teachers from Inscape House decided to train as sleep counsellors.

The disturbed sleep patterns experienced by autistic children had become increasingly apparent to teachers working in the school, says Christine Hoyle. Their shattered and drained families were desperate for help, but often thought that disrupted sleep was just part and parcel of their child's diagnosis. This, she says, need not be the case.

The hope was that intensive support could be offered in methods of helping children get to sleep, and then stay asleep, that was tailored to their individual needs.

"Because of the nature of autism, children might have erratic and prolonged settling down routines such having to go up and down stairs a certain number of times, or they might have to repeatedly check on their family. They may wake frequently or they might be very sensitive to light and sound," Hoyle explains. "Every child's situation will be different."

Clearly it's no fun for anyone to be constantly tired, but the long-term effects are much more destructive than simply feeling a bit weary.

Parents of autistic children find, says Hoyle, that being deprived of sleep over long periods greatly affects their ability to cope with the other challenging behaviours they are presented with. They also state that lack of sleep is one of their worst causes of stress.

From the child's point of view, sleep is crucial for learning and development. "It's when we're asleep that learning is consolidated, so it is vital that children learn to sleep well," Hoyle explains. "If they experience sleeplessness over a prolonged period, it's going to impact on their ability to learn."

Steve Tyler, principal of Inscape House, notes that some traits that make life particularly difficult for autistic children can be exacerbated when they are not properly rested. "There's irritability: people with autism – particularly our young people with severe needs – find interaction difficult anyway," he says. Sleep deprivation makes interpreting the nuances of social relationships even harder for them, and frustration can ensue.

The Sleep Clinic piloted by Inscape House five years ago now works closely with parents of children at the school – and increasingly at other special schools and mainstream schools in the north-west. If a child is referred, counsellors will interview their parents to gain a detailed understanding of the sleep and bedtime patterns that have emerged over the years, and then guide them to make small, gradual adjustments over many weeks and months.

Recalling the start of the sleep programme that was instigated for Jacob, Bailey says: "One thing we did was to get rid of the double bed so that Mummy couldn't get in."

She still had to be in her son's room, and initially sat with him on the single bed until he went to sleep. She then moved to an armchair by the bed, then moved the armchair across the room, then shifted it to outside his door. Moving the chair around a corner so it was out of sight was a big step; it was then placed at the top of the stairs, and finally, she was able to go downstairs, though had to stay within calling distance.

This process took many months, not just a few nights. And Jacob would still wake up moaning, at which point his mum had to begin the process of sitting with him all over again. A second idea was to give Jacob cues about his bedtime routine that he could refer back to. Because he can't read, a picture story illustrating the routine of what happened at bedtime was stuck on his bedroom wall.

"It's a story with very simple words," says Bailey. "Now Jacob is older, he will go to sleep on his own; he will pull his duvet up … I'd say it almost as a mantra, and he'd eventually say it with me."

Sticking to a firm routine is the key, says Hoyle, once the family and sleep counsellor have worked out a plan that takes account of the child's particular sleep problems. But parents are likely to need patience, persistence and enormous commitment in order to see results.

It took about a year for the various techniques used to take effect, says Bailey. Jacob still wakes most nights, but is now able to settle if he can hear her calling to him to go to sleep.

"I have had odd nights where he has slept through, and that's fantastic," says Bailey. "It's not a complete cure, at least it's not been for us, but it's an improvement. And I am a bit less tired, because to have a night's sleep is lovely."

Names have been changed

Have a look at Autism Parenting Magazine Click Here

Please donate to help to keep the website running for free.