One in five people classed 'fit to work' in Wales are not, figures show 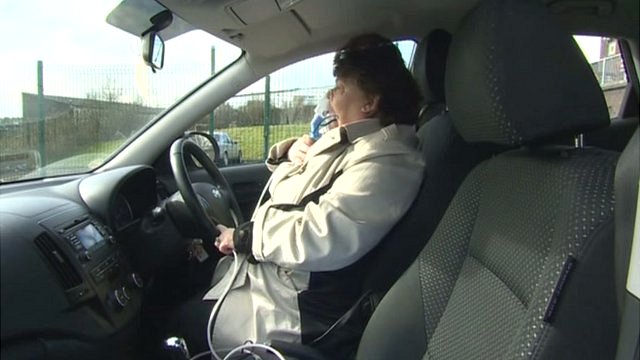 More than 100,000 assessments have been carried out in Wales to see if people on incapacity benefits are fit to work

There are serious concerns about the number of people being judged as "fit to work" by the Department for Work and Pensions (DWP).

More than 110,000 assessments in Wales to see if people, many who used to claim incapacity benefit, are well-enough to get a job have taken place.

Figures show almost one in five people who were told they were fit-to-work later had that decision reversed.

The DWP defended the assessments but Disability Wales is worried. 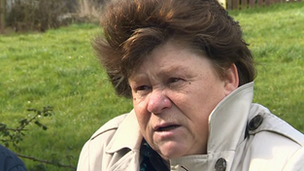 Marilyn Blakeman has a lung and spinal condition but was told she was fit to work and her benefits would stop.

From a really heavy sporty person and really active prior to 1994, just one accident totally changed my life radically. It's totally life-impacting.

Since 1995 I've had four assessments and they have been quite in-depth.

On the Monday morning (in November last year), there was a telephone call from DWP giving me a telephone interview for an assessment and I told them there was no good difference and only worsening of my condition.

They said they were quite satisfied with the medical evidence I provided and they'll leave it go at that.

Two days later a letter came through the post completely taking everything away from me.

It put me into a flight of sheer panic - total panic. I didn't know which way to turn.

It was sole destroying because I am a proud and independent person, or at least I used to be.

But they had put me into the wrong group. They assessed me completely wrongly. It was if I was a different person being assessed.

"People are being assessed within 30 minutes about their conditions," said Miranda French from Disability Wales.

"The person doesn't really know them from Adam and there's very little medical evidence in front of them when they're assessing people.

"To be honest, anecdotal evidence from many of our members when the report comes back, it doesn't reflect what they said in the actual assessment."

But the DWP defended the assessments, which are part of the UK government's welfare reforms, and said nationally only 15% of all fit-for-work decisions are overturned on appeal.

A spokesperson added: "This is often because people present new evidence which wasn't available when the original decision was made.

"In July 2012 we started asking tribunal judges to record their reason for overturning a decision on appeal. This will help us in improving standards of decision making.

"Since 2010 we have considerably improved the work capability assessment process.

"As a result the percentage of people getting long term unconditional support has more than doubled in two years, but everyone has the right to appeal if they disagree with the outcome of their assessment, so it's not surprising that lots of people do."

Figures obtained from a Freedom of Information request by BBC Wales showed that nearly half of those in Wales who were deemed fit to work appealed the decision and more than 40% of those won.

The figures also show the number of appeals made has more than doubled since 2009/10, along with a rise in successes.

In September 2011 about 16% of the working-age population in Wales claimed out-of-work benefits, compared to an average of 13% in Great Britain, according to Welsh government statistics.

It gives the main reasons for the high claimant number as the number of people claiming disability and sickness benefits, and the number of those claiming them for five years or more.