HomeNewsLiving and ageing with birth defects caused by the drug thalidomide

Living and ageing with birth defects caused by the drug thalidomide 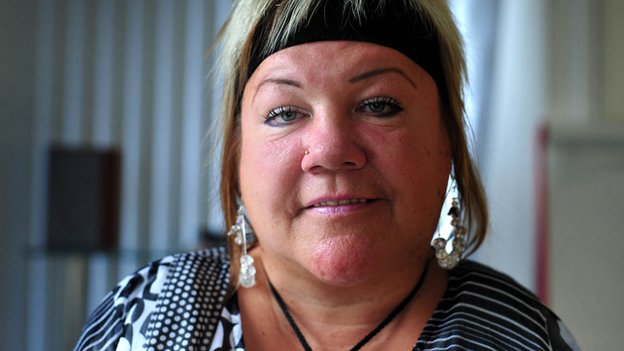 Grandmother-of-six Mandy Masters was one of more than 10,000 babies worldwide born with a disability

When Mandy Masters was born, doctors whispered to her mother that she didn't have to keep her.

Given a life expectancy of 19 years, Mandy was one of more than 10,000 babies worldwide born with a disability caused by the drug thalidomide.

Thalidomide was prescribed during pregnancy to ease morning sickness before it was withdrawn in 1961 because it was causing birth defects.

Speaking 40 years since a compensation deal for thalidomide survivors was agreed, Mrs Masters - now a grandmother of six - says the sums paid might still not be enough. 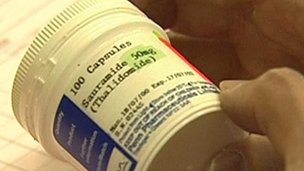 Mrs Masters, of Grays in Essex, was born without arms and uses her feet as hands.

Now 51, she is increasingly feeling the effects of using her feet as hands.

She spends much of her time in pain and is beginning to experience other medical issues, such as problems with the roof of her mouth and her hearing.

Ageing, she says, was one of the issues which passed under the radar when the compensation payout was agreed four decades ago.

Under the agreement, the Distillers Company, which marketed Thalidomide in the UK, paid £6m in direct claims and set up a £14m trust fund to look after the children's future.

But in the early 1970s, nobody knew how long thalidomide survivors would live for, how they would age, of if further symptoms of the drug would materialise in later life.

"My legs are doing two jobs, not only for walking but are also used as arms.

"It is very tiring now. I walk for five minutes now and I'm in absolute agony. I am struggling."

Mandy, who used to work as a beautician and now works as a medium, uses her feet to feed herself, brush her hair and her teeth.

Arthritis is a major fear.

"I once worried about getting to 60, but I'm finding it is now that I'm struggling.

"In a few years' time, I will be in a wheelchair."

She said an expanded compensation pot would help meet the future costs - such as changes to people's homes to accommodate wheelchairs. 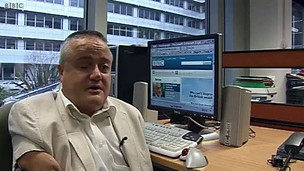 "These (thalidomide survivors) are people who might be inside bodies which are 50 years old but in fact in terms of our actual age, the age of our muscular-skeletal systems, we're probably 20 years ahead of that.

Although the £20m fund for thalidomide survivors might sound "reasonably large", Mr Adams-Spink, of London, said: "In terms of accident compensation they are fairly minimal."

"That's why we have had to keep going back, and thank goodness Diageo act as a very responsible corporation and recognise the legacy of Distillers and recognise that they have a responsibility to this group of people.

"I hope that we can use some of the funds that have been given to us to enable a soft landing into old age.

"This could help make sure we have the infrastructure and care and support around us that we need.

"And maybe even move to sunnier climes, so that our bones don't ache so much and so we can enjoy our autumn years without being wracked in pain or confined to the house."

Last year, the creator of Thalidomide, German-based Gruenenthal issued its first apology in 50 years for the impact the drug had on babies.