National Dwarf Games is about 'ability not disability' 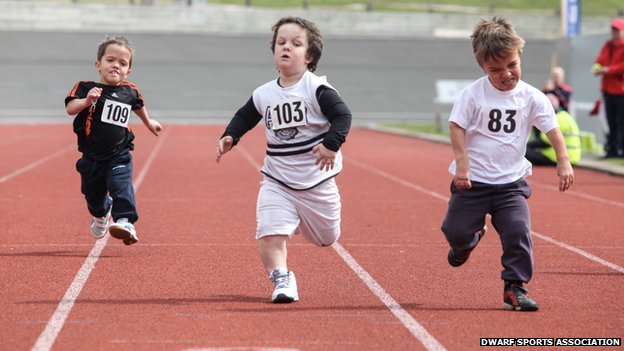 Dwarf athletes will compete in sports including athletics, football, swimming and basketball
When the UK Dwarf Games started in 1995, just 40 athletes took part in the inaugural event.

Over the next three days about 200 athletes with dwarfism will compete against one another in Birmingham and Wolverhampton in sports including athletics, swimming, basketball and rifle shooting.

Organisers say the event has grown significantly in the wake of the 2012 Paralympics which "put disability sport on the map".

Arthur Dean, from Stockport, started the UK version of the tournament after taking his daughter Nichola to take part in the World Dwarf Games in Chicago in 1993.

He said: "Just to see the sense of achievement on people's faces and the lifting of their self esteem that taking part gave them, I thought we have to take this back home." 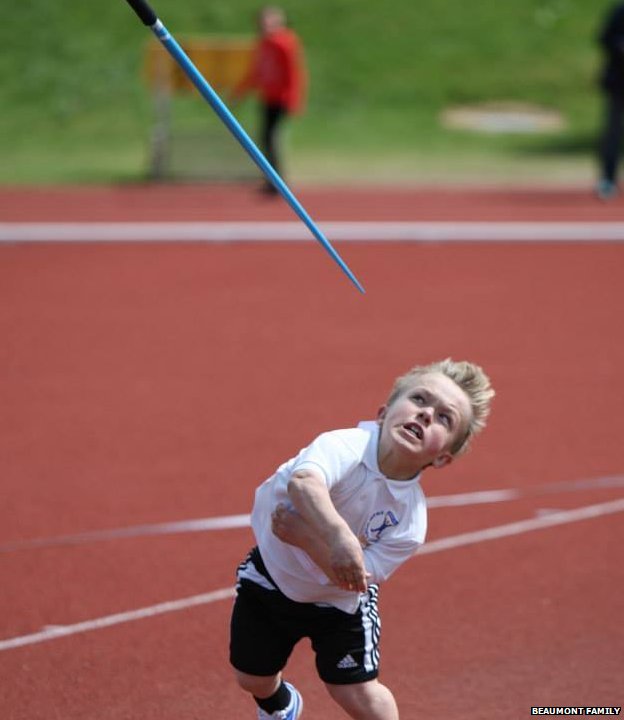 Mr Dean, who is the president of the Dwarf Sports Association (DSA), said traditionally people with dwarfism were "sidelined from sport".

After the Olympic games, Channel 4 cheekily thanked the BBC for "the warm up" in its posters promoting their forthcoming Paralympics coverage, and invited viewers to "meet the superhumans".

Then it hit the screens with a mix of cool disabled presenters and messages of positivity.

The global sport event lifted the spirit and, for at least a moment in time, seemed to allow everyone to talk openly about disability. It caught everyone's imagination.

It was hoped that the Games would lead to a lasting change in attitude and, failing that, to encourage disabled people to become more active and sporty.

"Here you're competing against someone who is your equal on a level playing field. It's about recognising people's abilities not focusing on disabilities."

As in the Paralympics, athletes are classified in terms of sporting ability and there are three different classes.

The event was a starting point for Great Britain's gold medal-winning swimmer Ellie Simmonds OBE, who will open the tournament on Saturday.

She is also a patron of the DSA.

"I remember being in running races at my school and losing all the time but when it got to the games I found I could compete and even win, it drove me on," she said.

"That's the time when young people get the desire and dreams about getting to the Paralympics and with things like this they can believe it's a possibility."

One young athlete who has aspirations of reaching the 2020 Paralympics in Tokyo is 13-year-old Dylan Beaumont from Liverpool who has achondroplasia or short limb dwarfism. 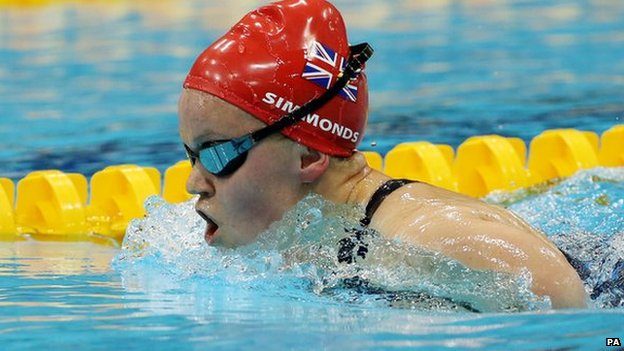 He has been attending dwarf games since the age of three and won eight medals for Great Britain in the World Dwarf Games in Michigan last year.

"Coming to the games you get to really surprise people with what you can achieve and I think I surprised myself with what I could do," he said.

There are 200 conditions which can cause restricted growth. Among the most common are:

"I started doing javelin three years ago and I found I had a talent for it. It just shows we can do anything we want we just do it a different way."

The oldest competitor this weekend is 64-year-old runner April Barrett from Ladywood in Birmingham.

Ms Barrett, who has worked with the DSA for more than 10 years, said the games were more than just about sport.

She said: "You're meeting and mingling with people who are the same as you, you're making friends, comparing notes on the best places to buy clothes and shoes, and talking about our own medical conditions to people who understand.

"It brings people out and shows them they can achieve not only in sport but in everyday life as well.

"Everybody has the same brain that dreams, longs, wants, needs - all the same things - ours just happen to live in a smaller shell."