Did disabled workers enjoy greater rights in centuries past? 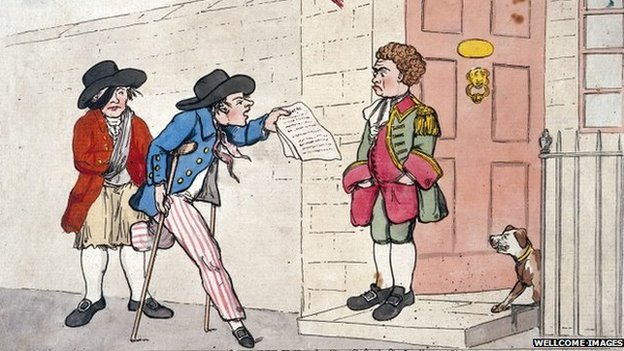 Has the modern age actually made it more difficult for disabled people to find work? Disability historian David Turner says that although times may have been hard in centuries gone by, disabled workers sometimes enjoyed more equal rights than they do today.

Although welfare policy since Tudor times has provided for those incapable of labour either through age or impairment, documents show that disabled people expected, and were expected to, earn their living as far as possible.

Life was not easy prior to the Industrial Revolution, but the agricultural economy provided opportunities for people with disabilities to work in their own homes and at their own pace - something we often hear disabled people calling for today, so they can contribute and not be entirely reliant on benefits.

An account of the Shropshire village of Myddle written around 1700 described one of its inhabitants, Anne Parkes, as being unable to walk until the age of 19, because of rickets. She supported herself by knitting gloves and stockings.

A hundred years later, a survey of the poor inhabitants of Cumwhitton near Carlisle described a 45-year-old man with a "lameness" who earned "a little money" by making baskets and beehives to support himself and his elderly mother. His status as a caregiver reminds us that not all work undertaken by disabled people, either now or in the past, is paid.

The industrial revolution is often seen as a turning point for disabled workers. The coming of factories and heavy, mechanised industry, together with greater regulation of working hours and demands for increased productivity, meant that they were less able to compete in a labour market that was unresponsive to their needs.

But new research on Britain's coal industry challenges the extent to which disabled workers were excluded.

Coal production expanded to meet the demands of Britain's industrial cities in the 19th Century, and it was a physically demanding industry with high rates of accident and death.

A Victorian coal mine might be the last place one would expect to find disabled workers, yet there are accounts of miners with physical impairments working underground. 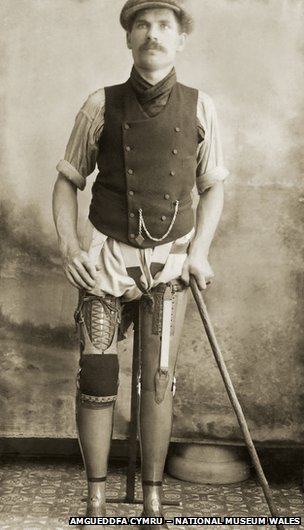 In 1865 an explosion at the Upper Gethin Colliery, Merthyr Tydfil, claimed more than 30 lives, among them brothers David and Griffith Ellis. As the miners fled the suffocating firedamp (flammable gases) that followed the blast, David turned back to fetch his brother who had a prosthetic limb. Sadly neither made it out alive.

In some areas miners worked in family groups. David Ellis had supported his brother, so they could both work at hewing coal.

One journalist described the lifeless body of the "poor lad with a wooden leg" as one of the most affecting sights of the disaster. But no reporter questioned the presence of disabled men working underground in a dangerous and demanding occupation, nor did they hail the amputee as "inspirational" in the way today's press might do.

Men who were disabled in the mining industry may have been able to take lower-paid work on the surface, or even return underground as supervisors.

Thomas Haswell, killed in an underground explosion at Thornley Colliery near Sunderland in 1841, was an experienced coal hewer but had been working as an overman (supervisor) after breaking both legs in a rock fall the year before. Though newspaper reports of the disaster described him as a "cripple", Haswell's impairments may have marked him out as a survivor, earning the respect of the young crew who worked for him. 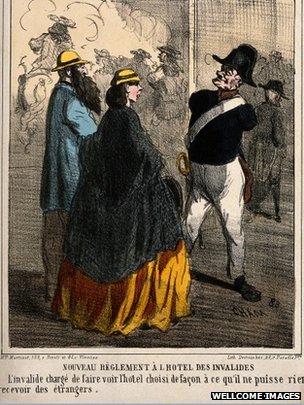 Since the late 19th Century, disabled people have faced greater obstacles in the workplace. The expansion of legislation to provide greater compensation for injured workers, beginning with the Employers' Liability Act of 1880, hardened attitudes towards risk and made it less likely that bosses would take disabled people on.

At times of national crisis such as the two world wars, demand for disabled workers increased due to the lack of available labour. But in times of economic difficulty - the depression of the 1930s for instance - unemployment was high and disabled people were less successful at competing for jobs.

There is no evidence that disabled people in history have been unable or unwilling to work. Their ability to do so has depended on the structure of working environments, availability of resources, supply and demand in the labour force, and on the support and the attitude of employers, particularly towards risk.

Much more needs to be known about how disabled men and women fared in the workplaces of the past. The history of disability and work - paid or not - is not one of people heroically overcoming their limitations, but of the common struggle to get by.