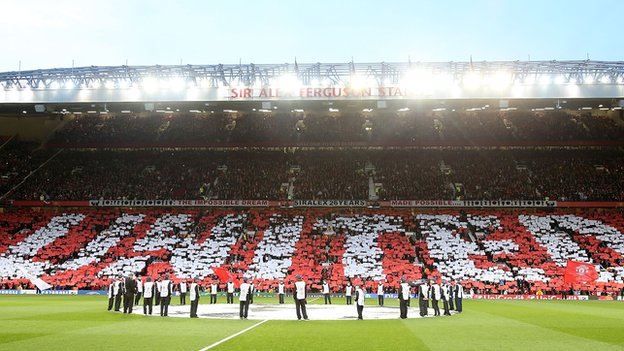 She told the House of Lords that clubs, including Manchester United, had inadequate accessible seating.

The former gold medallist said clubs had enough money to make adjustments and called for seats to be converted.

Manchester United said they made as many tickets as possible available for disabled fans.

Lady Grey-Thompson, an independent crossbench peer, said: "Certain Premier League football clubs such as Manchester United refuse to sell season tickets to disabled supporters and they only have 42% of the accessible seating that they should.

"At other clubs it is impossible to buy one because of the lack of accessible seating."

Her comments echo those of former disabilities minister Mike Penning, who said in April that the lack of facilities for disabled fans was "woeful". 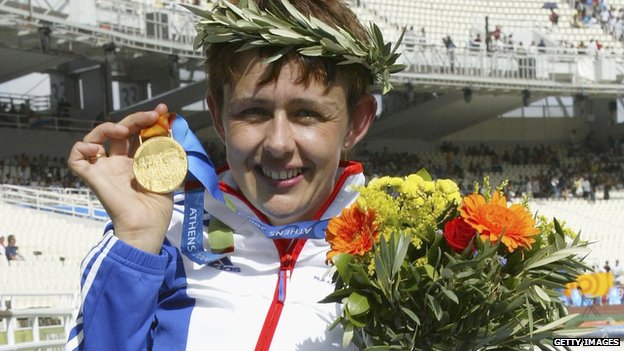 Accessibility was often worse for away supporters, she added, with some forced to sit with home supporters.

Chelsea had just 10 seats for visiting fans in wheelchairs at their Stamford Bridge ground, she said.

Baroness Grey-Thompson said nobody was willing to to take responsibility for the problem.

She called for clubs to "step up" and make sure ticketing policies were "fair and equitable for disabled people" .

Lord Gardiner of Kimble, speaking for the government at question time in the House of Lords, said the issue was a "fixture" at meetings between the government and clubs.

He added: "The government is committed to ensuring all spectators have enhanced and appropriate access to sporting venues and services and that professional sports clubs are aware of their responsibilities towards disabled spectators."

Pressed on whether legislation was a possible solution, he said "no-one would rule it out" if it became necessary.

But legislation could be a "blunt instrument", he warned.

"Due to the high number of requests and limited supply, any remaining allocation are then distributed on a match-by-match basis in order to allow as many disabled fans as possible the chance to attend matches at Old Trafford.

"The club caters for all categories of disabled fans and the majority of these tickets are provided free of charge, with additional free tickets for carers."

A spokesman for the disability charity Scope said: "No football club should be off limits to disabled supporters or charge them more.

"Season tickets offer committed fans better value. Disabled football fans should be able to buy tickets with the same terms and conditions as every other fan.