Will changes to disability work grants affect deaf people the most? 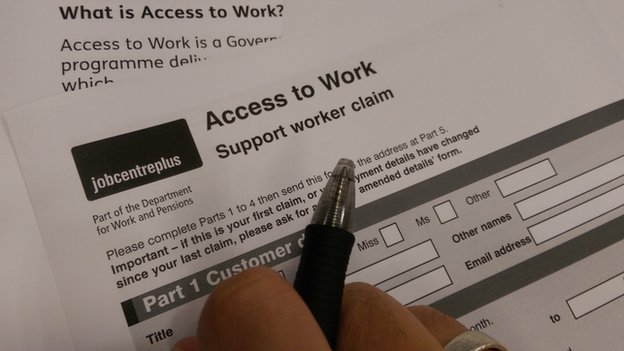 It has become a crucial contribution to the working lives of deaf and disabled people but do new changes to the Access to Work scheme affect deaf people in particular?

Access to Work celebrates its 20th birthday this year. The scheme pays grants to deaf and disabled people in work - providing them with the equipment and support they need to do their job.

Helping these groups to work rather than live on benefits makes economic sense according to the Sayce Report in 2011. It calculates that for every £1 spent on Access to Work, the Treasury recouped £1.48.

"It actually brings money back to government," the author of the report, Liz Sayce OBE, told See Hear, "because people work, pay taxes, receive less benefits. But it could be so much better."

In the last 12 months, however, many say it has stopped being as helpful as it once was.

Disabled people report they have had their support packages reduced, or not renewed. Deaf people in particular have seen the introduction of new guidelines restricting the funding they receive for sign language interpreters in the workplace.

So how crucial are interpreters at work?

Every deaf person uses interpreters differently. Some prefer to have them in the office every day for phone calls, office conversations, and meetings. Others book them for specific events, or they might choose another method of communication support such as a palantypist who uses a computer to translate speech into text.

Two years ago Jenny Sealey, Artistic Director of Graeae Theatre Company, co-directed the opening ceremony of London's Paralympic Games to great praise. She achieved this with the support of full-time interpreters through the Access to Work scheme.

Since her three-year agreement ended, Sealey's work needs are now assessed monthly which makes it difficult for her to plan ahead. Her interpreter allowance has been cut by 53%.

Some interpreters through Access to Work were receiving over £100,000 a year”

"My team and I have spent so much time on my support alone," says Sealey. "The application, the ongoing support, the international projects, the reams of extra information they've needed, the rejection, the reconsideration, reapplication, the re-rejection, the complaint, and now, finally, I've been told I can reclaim the support that the company has paid out for me since April."

And interpreter support for Sealey's work abroad has been cut completely. International work currently includes supporting circus training for deaf and disabled people in the UK, Rio and São Paulo and hopes to be involved in the consulting team at the Rio 2016 Paralympic opening ceremony. She is also involved in training and creating co-productions with disabled people in Bangladesh.

"I am the CEO of an international theatre company and am being told that applications are being rejected as they are about my personal development," she says. "It misrepresents and distorts the nature of these applications and my work with the company."

The Department for Work and Pensions (DWP) told See Hear: "Access to Work is a grant and we want to ensure that all customers' needs are met whilst at the same time providing best value for money for the taxpayer."

They say the purpose of the scheme is to support disabled people to enter and stay in work, and this can also include self employed people. DWP add: "Access to Work staff are specially trained and receive extensive coaching to provide the best service for customers."

However it is alleged that some staff who process Access to Work applications have demonstrated poor awareness of disabilities and the support they need. Advisors have admitted in emails to clients that a major restructure has led to delays in dealing with applications.

See Hear has learned from the Public and Commercial Services Union that many staff in the department felt that they had inadequate training to do their job.

Why are all these changes happening? Liz Sayce believes it is evidence of "the Government going on a real cost-cutting drive."

With a number of high profile court cases alleging fraudulent invoices for interpreter hours others believe the recent changes are simply an attempt to curb abuse of the system. 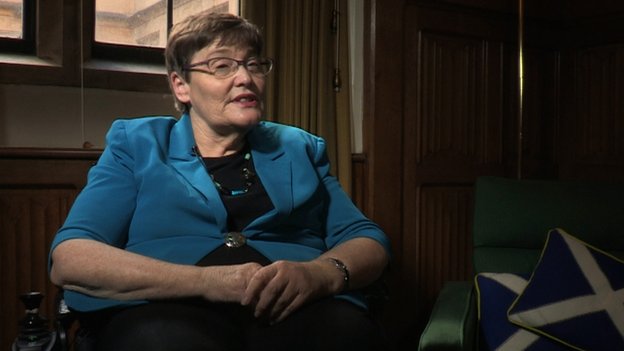 With British Sign Language interpreter charges running to £45 or £50 an hour or higher, ministers have previously expressed concern over the cost. Though deaf people themselves may not be paying, there is further concern that interpreters are often paid significantly more than the person they are interpreting for.

Stephen Lloyd MP, chair of the All Party Parliamentary Group on Deafness, himself deaf and a beneficiary of Access to Work, told See Hear: "Some interpreters through Access to Work were receiving over £100,000 a year."

"As soon as the government realised that," says Lloyd, "that's when they thought, 'hang on a minute, this is not a good use of funds.'"

See Hear could find no evidence of individual interpreters earning over £100,000 but Lloyd's office clarified that he got the £100,000 figure from the previous disability minister Mike Penning who brought it up in response to Lloyd's concerns about the changes in the scheme. They say the minister stressed it was only a few people, but there is evidence that a number still earn over £60,000 to £70,000 a year. Lloyds office says: "The DWP does not feel this is what ATW's main purpose is, which is what necessitated the change."

Interpreting organisations dispute Lloyd's figure, saying that it does not take into account costs of training and freelance expenses - nor do interpreters work every day of the week. Being freelance, they have rainy days of their own to budget for.

The Work and Pensions Select Committee which supervises the work of the Department of Work and Pensions, is currently investigating. When a call for written evidence was launched earlier this year, a record number of submissions were received.

According to Dame Anne Begg, currently chairing the inquiry, 80% of those submissions came from deaf people or sign language interpreters - yet of the 15 invited to give evidence to the committee in person, only one has been deaf.

The current Minister for Disabled People, Mark Harper MP, has recently met with the CEOs of deaf charities including The British Deaf Association (BDA) with the aim of finding a better way forward. BDA chief David Buxton says "the government needs to think of the best way of supporting deaf and disabled people to find work, stay in work and be supported in work."